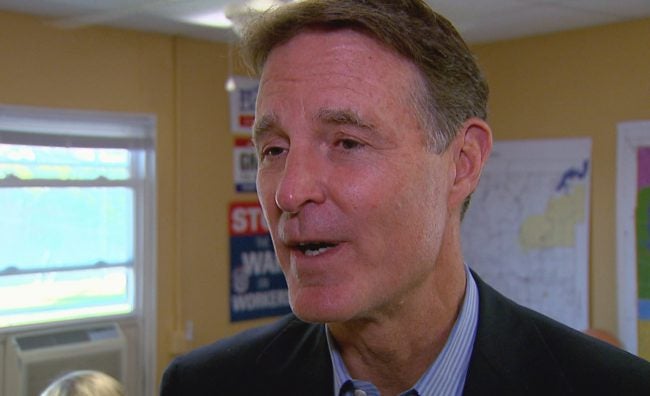 INDIANAPOLIS (WISH) — Evan Bayh is defending himself against the ongoing attacks from Republicans.

The Democratic candidate for U.S. Senate made a rare campaign appearance on the north side Thursday in an attempt to remind voters of his history.

Bayh is in uncharted territory. He was a popular governor and U.S. Senator and in five statewide elections, he has never lost.

But he dropped by a Democratic call center as he is facing withering attacks from the campaign of Republican Todd Young and his allies who accuse Bayh of being a sellout.

They want voters to know that Bayh made millions in the six years since he last served in the Senate by using connnections he made while serving in government.

He used the visit as a way to meet and encourage volunteers and to tell his side his of the story.

“I’ve worked hard and have been successful and, particularly, I’ve had a chance to help several Indiana businesses grow and be successful creating jobs and expanding,” he said. “I think that’s a good thing, a good perspective to bring to government, and I’ll always vote in the best interest of Hoosier families.”

Bayh is not accused of doing anything illegal but Democrats are now fighting back by distributing a news report that points out that Todd Young failed to report contributions properly when he ran for Congress in 2010.

He paid $30,000 in fines and penalties following that campaign.