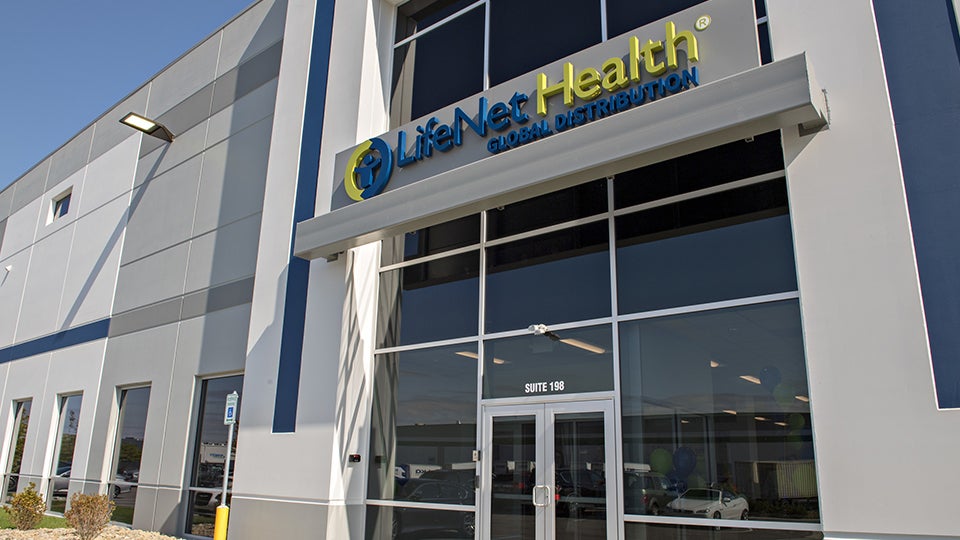 Executive Vice President Douglas Wilson said the central Indiana location has been in the works for about two years and helps solve logistical problems with delivering life-saving products, such as tissue implants and regenerative medicine therapies.

LifeNet provides more than 700,000 tissue implants to patients annually, a number which is expected to increase to more than 1 million over the next 24 months. In an interview with Inside INdiana Business, Wilson said it’s more difficult to ship such products cross country from the east coast.

“These are vital to their surgical procedure. Sometimes these procedures are scheduled on a Thursday afternoon for Friday morning, so timely delivery with access to expansive capabilities made (the Plainfield location) important,” said Wilson. “We’re five minutes from the (Indianapolis International) airport. We can deliver implants as late as 10:30 or 11 p.m. at night and that is beyond a 5:30 or 6 p.m. cutoff currently in Virginia Beach.”

Wilson says having a more centralized location also reduces the number of two or three-leg trips for the implants. He says more deliveries will be able to be made on just one flight.

LifeNet opened the facility last month and has already hired 45 employees toward its goal of 127 by the end of 2023. Wilson says the company has seen a “very active and engaged” recruitment process and expects to easily hit the hiring goal. LifeNet is currently hiring for distribution service technicians, a facilities manager and a general manager.

“The town of Plainfield is incredibly pleased to be the home for this new expansion of LifeNet Health,” Plainfield Town Council President Robin Brandgard said in a news release. “We have one of the largest and best maintained industrial business park areas in the Midwest region and are internationally known as a center for logistics excellence, and LifeNet Health’s expansion is a big step in our growing life sciences industry.”

The Indiana Economic Development Corp. cites BioCrossroads, the state’s life sciences initiative, and the Indiana Business Research Center, which say Indiana is the second-largest exporter of life sciences products in the U.S. The state had more than $10 billion in total exports in 2018.