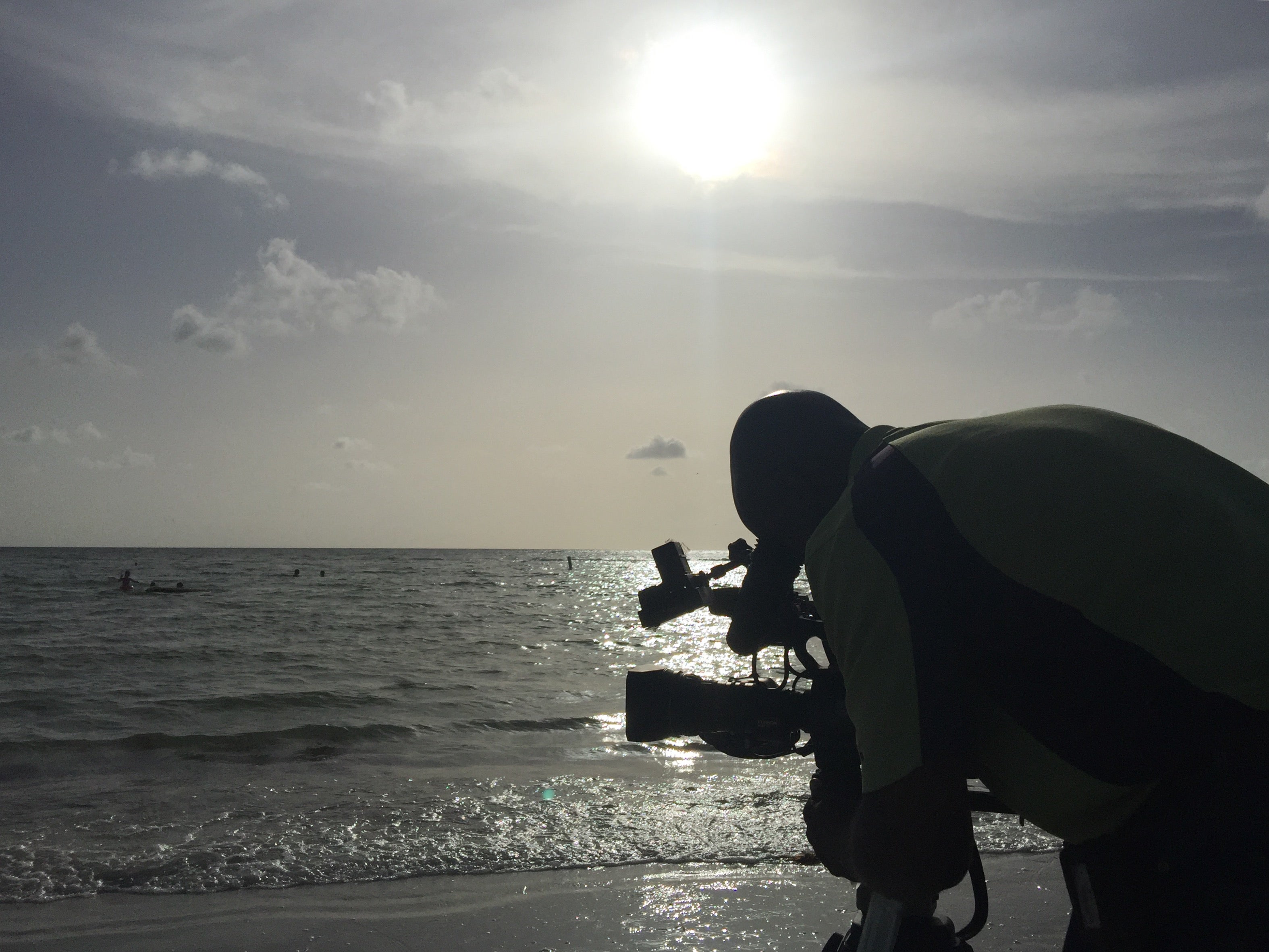 FORT DE SOTO, Fla. (WFLA) – It’s the news everyone feared and no one wanted. Red tide is slowly showing up all over the Tampa Bay area with no sign of stopping.

As it continues to creep across the coast of Florida, more and more beaches are on high alert.

Sarasota and Manatee counties are suffering through a full bloom right now, and it’s far from over, according to experts.

Pinellas County is next. “It’s eminent,” said Bob Weisberg, a USF Oceanography professor. “Within the next month, there will be substantial red tide in Pinellas County”

In fact, it’s already been found in small amounts. Water was recently tested at both Clearwater Pass and Mullet Key, where it was detected.

“It’s at the mouth of Tampa Bay,” said Weisberg.

Those who visit beaches around the Tampa Bay area know one thing, Within the water, a danger is lurking. Red tide carries with it catastrophic conditions including dead wildlife, toxic air and harmful bacteria.

Tourists are doing one of two things: canceling their trip to Tampa Bay amid red tide concerns or researching the safest spots possible.

Pam Lowe and her family are visiting from Illinois, and as soon as they arrived in Bradenton, they had a big change of heart. It was unbearable, they told WISH-TV’s sister station WFLA. Red tide was raging.

They left. “The smell was really pungent. There were a lot of dead fish,” Pam said. “So, we ended up here at Fort De Soto. It’s a respiratory thing. It makes you sick. It makes you cough.”

Mote Marine Laboratory & Aquarium held a press conference on Thursday with powerful and sobering predictions for red tide in the area.

WFLA asked specifically, how bad is red tide on a scale from one to 10?  This was their answer.

“Twelve. On a scale of 1-10, we’re definitely at a 10. I’ve been here nine years and doing this for 19. This is one of the most intense events I’ve ever witnessed in 19 years of doing this work,” said Lovewell.

It’s so bad that red tide is making headlines everywhere, including Huntsville, Alabama where Kristi Walker and her husband live. On the drive to Florida, they researched safe places for their grandchildren to play.

“I’m absolutely glad that we looked at it,” she said. “It’ll make a big, big difference in what we do this weekend and maybe if we get sick or not.”

Experts at USF who are tracking red tide say this is far from finished. Pinellas County is now preparing for a full bloom.

If you see dead fish in the water or you find marine wildlife in distress, there are two hotlines to call. Wildlife experts say they need help from the public and encourage citizens to contact them with information.