FAA says ‘no date’ for rules on commercial drone use 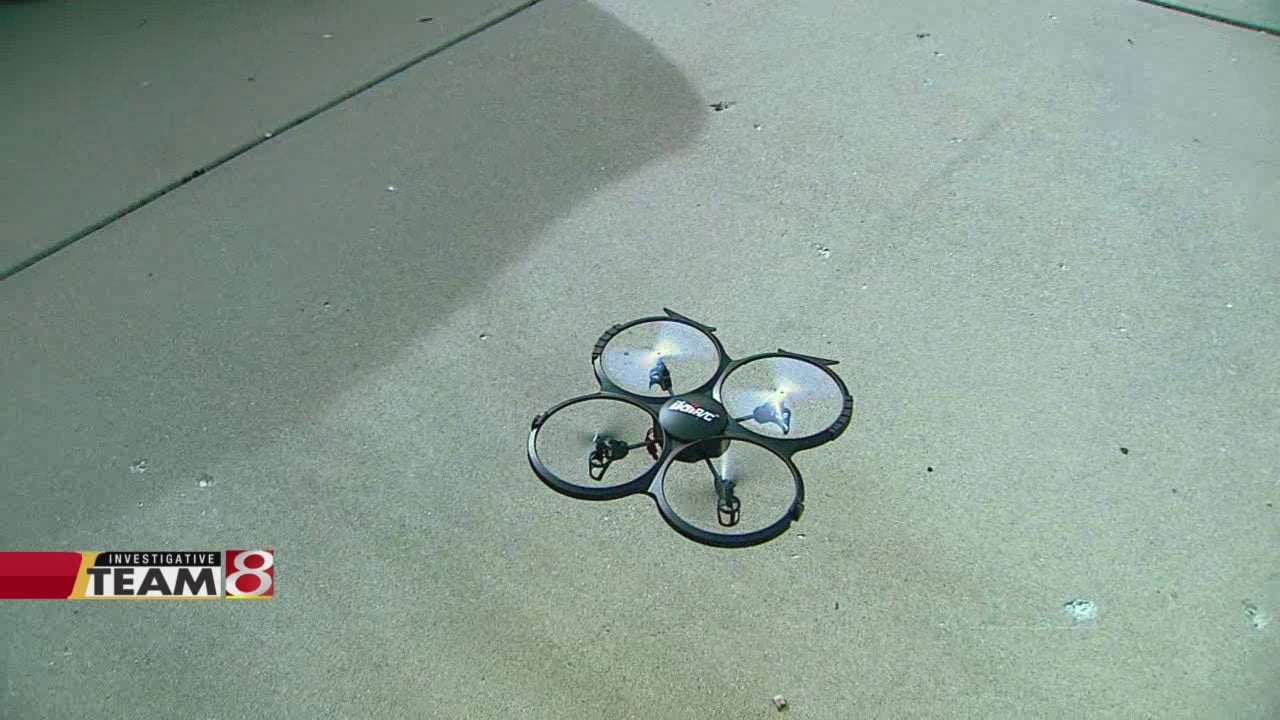 INDIANAPOLIS (WISH) – While the Obama Administration could release proposed rules for the commercial use of drones any day, a Federal Aviation Administration official told I-Team 8 Friday that she could not provide a date.

“We are continuing to work with our administration colleagues to finish the rule. I am sorry to say I do not have a date for you,” FAA spokeswoman Elizabeth Cory wrote in an email to I-Team 8.

The highly anticipated rules were expected to be published before the end of 2014, but that didn’t happen. While Cory’s email did not elaborate, it did seem to indicate that the FAA and the Obama Administration are still tinkering with the details.

Currently, the commercial use of drones is banned in the United States, which has left professional photographers, filmmakers, real estates agents, farmers and others angling for space in a highly restricted yet largely uncharted marketplace.

While some would-be drone professionals have tested the waters by creating websites or offering aerial photography for hire, the FAA has cracked down on some, targeting people in nine states and issuing fines and a total of 17 cease and desist letters to those operating drones for a commercial purpose.

The issue is – those are only the people the FAA has caught.

It’s hard to know the true number of would-be drone professionals jockeying for position before commercial rules are made public.

“If I am out in the field and I want to take a video – a 360 degree video – of a piece of machinery doing, I don’t see why I would feel the need not to do that, especially if I feel it’s going to enhance my marketing effort,” said Brad Zingre, an Avon, Indiana man who also works as marketing representative for Caterpillar.

Zingre is not a commercial drone pilot. He’s a hobbyist, and a novice hobbyist at that. His wife bought him his first drone for Christmas. He has only had a weeks worth of flying under his belt.

“I’ve flown it every day just because it’s new and fun,” he said in an interview Friday.

When asked what he’s learned, he said, “that you crash a lot and the video is not that great.”

The FAA already has proposed guidelines for drone hobbyists, including rules that limit the hobbyists to flying within sight and below a 400 foot ceiling. But with the federal government lagging behind on creating proposed rules and drone sales growing among online retailers, it could soon become hard to differentiate between the hobbyist and the would-be drone professional.

Recently, the FAA and the Academy of Model Aeronautics, the Small UAV coalition and other drone groups worked together to put together a website.

The website spells out different safety techniques hobbyists should know in order to fly a drone safely.Indiana’s drone laws

While Indiana passed a drone law this summer, it largely targeted law enforcement agencies, requiring that police have a search warrant before using a drone unless it involves “exigent circumstances” that would threaten life or public safety.

That new law – House Enrolled Act 1009 – requires police agencies obtain a search warrant before using a drone, with some exceptions.

Among them: police may use a drone if there are “exigent circumstances,” if officers gain permission from a property owner, if there’s a natural disaster, or if it’s used for a geographical survey – so long as it’s not for criminal justice purposes. Exigent circumstances are situations in which officers have sufficient probable cause but do not have time to get a warrant before someone’s life may be in danger or evidence may be destroyed.

Indiana is only one of five states in the U.S. to pass a law either defining or restricting the use of drones, according to the National Conference of State Legislatures.

This summer, an I-Team 8 analysis of more than 400 law enforcement agencies across the state found that only four police agencies admitted to having or operating a drone.

I-Team 8’s investigation found it’s not just law enforcement agencies that have found limited access to the use of mini drones.

Aaron Sheller and Matt Minnes were among a group of Indiana farmers interviewed this summer who created the start-up company Precision Drone.

The company, which manufacturers drones ranging in price from $4,500 to $17,000, hopes to sell them to farmers to provide them with clearer picture of crop conditions.

“Once we started using drone technology we could see areas of the field that we never would have thought had problems – had problems,” Sheller said.

While the commercial use of drones continues to be banned, the FAA has granted special waivers to several filmmakers and two production companies filming an Alaskan oil pipeline.Indianapolis councillor weighs drone resolution

Indianapolis Councillor Zach Adamson is toying with the idea of creating a resolution that would ban drone flight in Indianapolis until concrete federal rules are established.

“There have to be some guidelines and that’s all were saying is – maybe we shouldn’t allow this free-for-all until someone comes up with these regulations,” said Councillor Adamson.