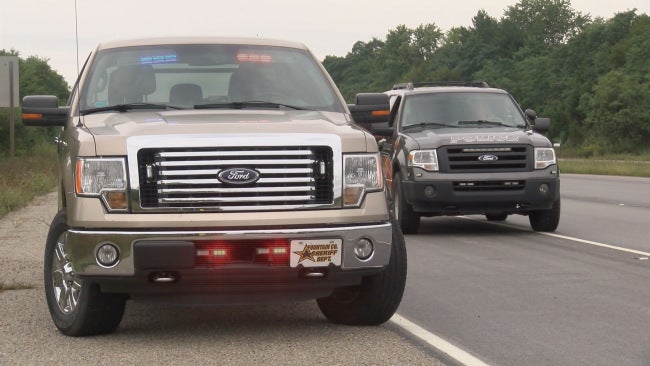 FOUNTAIN CO. Ind. (WLFI) – A family of three, two being children, were taken to the hospital in critical condition after a wreck in Fountain County late Wednesday morning.

The crash happened at the intersection of U.S. 41 and U.S. 136 East, near Veedersburg, around 10 a.m. Witnesses told police that a service truck that was north bound on U.S. 41 failed to obey a four-way stop and struck the side of a vehicle heading west on U.S. 136.

The vehicle hit was has a mother and her two children inside. Initially, all three were sent to Franciscan St. Elizabeth Hospital in Crawfordsville with life-threatening injuries. But then the woman was taken to Methodist Hospital in Indianapolis and the children were transported to Riley Hospital for Children in Indianapolis.

The driver of the truck, 38-year-old Gerald Sheppard of Morgantown, Indiana, refused medical treatment on the scene.

Police are not releasing the names of the family seriously injured at this time.

Investigators said drugs and alcohol do not appear to be factors at this point, but the investigation remains ongoing.