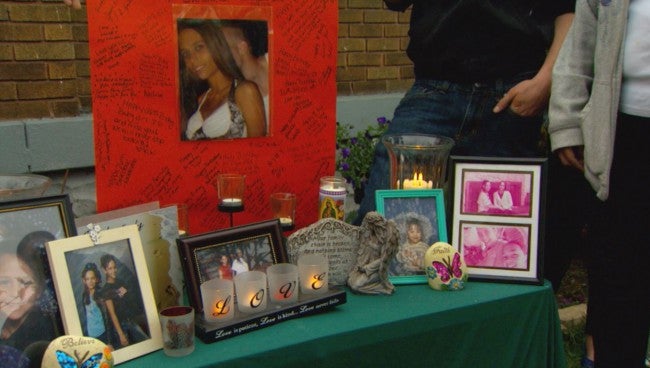 INDIANAPOLIS (WISH) — It’s been two years since an Indianapolis mother was last seen. On Wednesday, family and friends made sure her case is not forgotten.

Family members are still hoping that 24-year-old Jessica Masker will return home as they remembered her during a candle-light vigil.

Masker was last seen on April 15, 2013. Her family told 24-Hour News 8 that she had been trying to beat drug use when she went missing. Now, two years later they still have hope.

“I feel it’s a horrible nightmare. You wake up every day thinking that your loved one will be there. And you just don’t know. You don’t know where she’s at. Or if she’s safe,” said family member Christina Masker.

Back in 2013 the Indianapolis Metropolitan Police Department asked for the public’s help in finding Jessica.  At that time they did not suspect foul play.

IMPD did say Jessica had a premature baby at the hospital that she had been visiting at the time of her disappearance.

If you have any information about this case, contact Crime Stoppers of Central Indiana at 262-TIPS, or 262-8477.