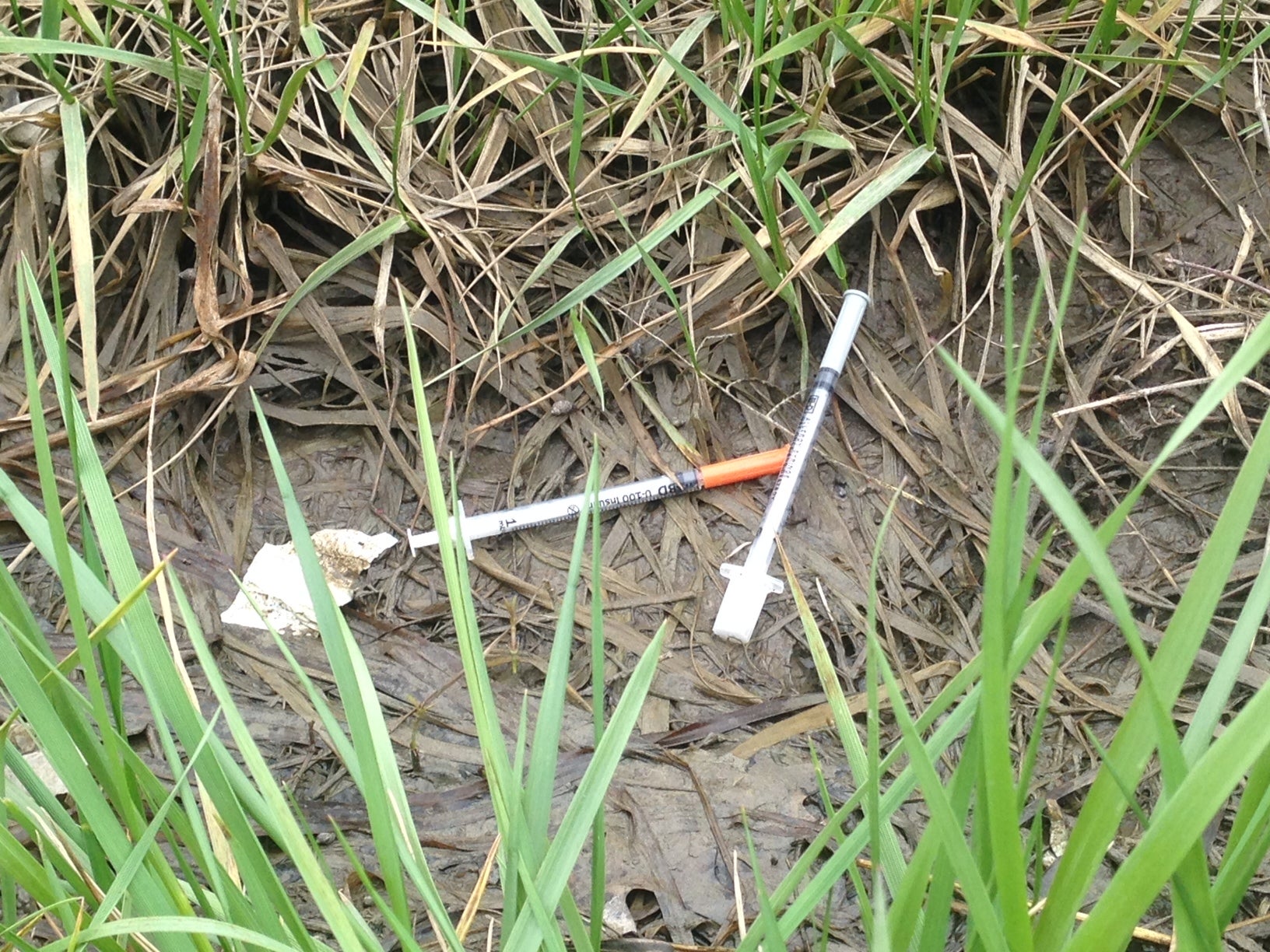 But those same officials admit there have been setbacks – three times as many clean needles have been distributed compare to dirty needles turned over to officials; and there’s a constant fear among drug users that they’ll be targeted by authorities for signing up for the needle exchange or other health services.

“People are afraid, this population is a little afraid anyway. There’s lots of rumors that have been out there like we have the police waiting on them, that we’re getting information that we can track them, which is absolutely false,” Scott County Public Health Nurse Brittany Combs told reporters.

Since the needle exchange program officially began April 4, 1516 clean needles have been distributed to roughly 43 people, health officials said Tuesday. Roughly 580 needles have been turned over to the county. Combs said she hopes a new mobile needle exchange unit that began Monday will help quell fears of those who are “afraid to come to us or don’t have transportation.” (The mobile unit will operate daily from 3 to 6 p.m.).

Perhaps helping further fears among suspected drug users could be the arrest last week of a woman at a known “flop house” where authorities say people often gather to use drugs.

Court records show that the woman, Ellie Robbins, was arrested at an Austin home on April 8 for possession of a hypodermic needle. According to the probable cause affidavit, another man who lived in the home, Kevin Polly, told authorities that he was part of the needle exchange program and that he had one unused needle and the rest were left in a bio-hazardous container in his room.

Police did not arrest Polly but did arrest Robbins, who admitted to police that she had just “shot up and placed the needle in the bed” but was not part of the needle exchange.

Scott County Sheriff Dan McClain denied that anyone was targeted but admitted that he hopes the arrest will send a message encouraging others to sign up for the needle exchange.

“I didn’t charge a guy who had 100 dirty needles. I asked him to spread that message,” McClain said.

When asked if local authorities were targeting those enrolled or unenrolled in the program, Austin Police Chief Donald Spicer said: “The police targets anyone that violates the law. So if you violate the law, then you are being targeted. But if you are part of this exchange, you are not. We want you involved in the needle exchange.”

Polly could not be reached for comment Tuesday, but told 24 Hour News 8 by phone Monday night that he believes the arrest will discourage others from coming forward.

In a previous interview, Polly admitted that he recently tested positive for HIV, shoots up Opana daily, but likes the help he’s received from the state and the Community Outreach Center.

“This is awesome. It’s awesome as long as we don’t have any trouble from authorities,” Polly said.  When asked about how he contracted HIV, Polly said he knows it was from sharing needles.

“I know that’s how I got it. Ain’t no doubt it -sharing needles. Everybody shares needles here in town,” he said. “I don’t condone it by no means but it is part of my life, unfortunately . I’d love to get off of (Opana). I’ve been off of it twice but it took being incarcerated both times,” Polly said.

Some Austin residents are skeptical the needle exchange program will work or is a good idea.

Tammy Breeding has posted a sign on the front porch of her Austin home along Church Street, encouraging would-be prostitutes and drug users to take their drug use elsewhere.

Local authorities, including McClain and Spicer, believe that the needle exchange is working. Advocates in harm reduction, including Dan Bigg with the Chicago Recovery Alliance, have told I-Team 8 that there is both empirical and scientific data to suggest that needle exchanges do work to quell the spread of HIV.

“I can tell you as being an addictions counselor for 35 years, and doing this for 25 years, I’ve never seen something more effective at accomplishing the so-called public policy with drugs which is to assist people getting into treatment,” Bigg said.

What’s unclear is if the governor’s executive order permitting the needle exchange in Scott County will be extended. It is set to expire on April 25th. Health officials said they will spend the next week and a half assessing what to do next and whether the needle exchange will be part of any future plans.