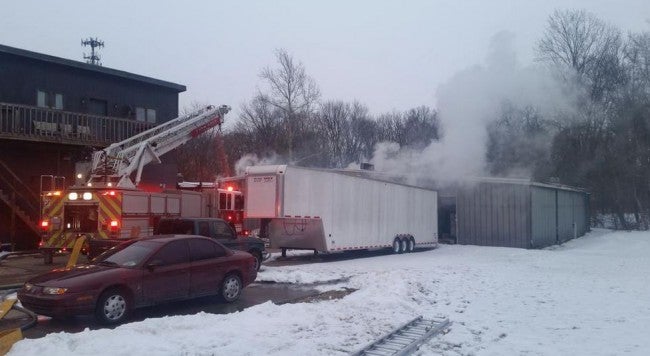 INDIANAPOLIS (WISH) – Three fire departments were called to a building fire on the city’s west side on Saturday evening.

A commercial building in the 8100 block of West Crawfordsville Road had heavy smoke showing when Wayne Township Fire Department arrived around 6:45 p.m.

When crews entered the building there was high heat conditions and heavy smoke causing reduced visibility. The driveway to the building made it difficult for fire vehicles to reach the building.

The fire was under control in 40 minutes. The building was unoccupied.

Police say the owner used the building to work on race cars and for a candle making business.

The building did sustain heat and smoke damage throughout. A cause was not immediately clear.