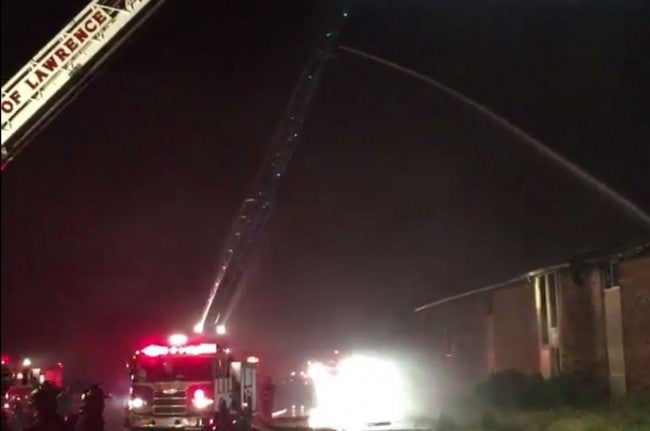 INDIANAPOLIS (WISH) – Heavy fire damaged an apartment building on the east side of Indianapolis Friday morning.

The Indianapolis Fire Department was called to the building near 42nd Street and North Post Road around 4:30 a.m.

Firefighters said about an hour after arriving on scene, crews were getting the fire under control. The Lawrence Fire Department also had crews there.

Officials said the building is vacant, and has been for years.

It’s unclear what sparked the fire.