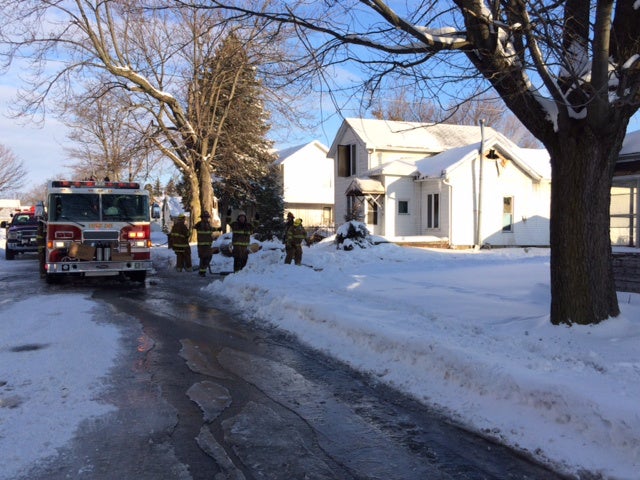 Smith Township firefighters (Churubusco) were called to 314 North Mulberry Street around midnight and found smoke and flames coming from the two-story home.

WISH-TV sister station WANE News reported that fire crews were at the same house around 6:30 a.m. Thursday for a fire that might have started in the kitchen, according to fire officials.

Flames roared from the roof of the home Friday morning as firefighters battled frozen hydrants and frigid temperatures. It took crews several hours to douse the flames.

Fire officials called for several additional departments to assist with fighting the fire and to provide water tankers.

Officials said nearby hydrants were also frozen Thursday morning. Firefighters not only battled cold weather, but a thick sheet of ice on the road and deep snow around the home.

Portions of the second floor and roof collapsed after flames ripped through the entire home.

No one was home at the time the fire broke out for the second time.

Officials have not said if a hot spot may have rekindled or if another circumstance led to the fire.

The fire is under investigation.