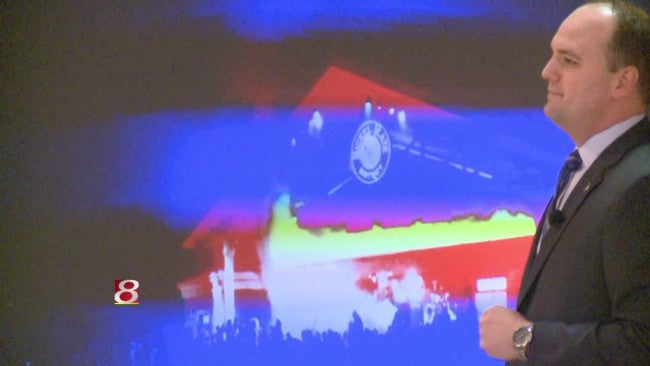 Mayor Fadness says by 2030 the population in Fishers could peak around 123,000. During his speech, he mentioned several areas he felt needed attention to make the city sustainable in the future – among them job creation and a partnership with the school board.

Fadness also wants to continue to invest in unique attractions that will entice people to move or stay in Fishers. He gave examples like the board walk that is currently under construction and the park with the 60-foot sledding area.

“We should only promote quality construction,” Fadness said. “Some homes are only 10 years old but look like they are 30. We have to ensure when a new development is being built that it has better standards for the long term. “

Fadness also mentioned a study he conducted and relayed data collected over a six month period. He thought the city would not be sustainable if it continued in the same way it did compared to 25 years back.

“That is not to cast judgment on what people did. We are a great city and filled with great people but we want to make it better going into the future,” Fadness said