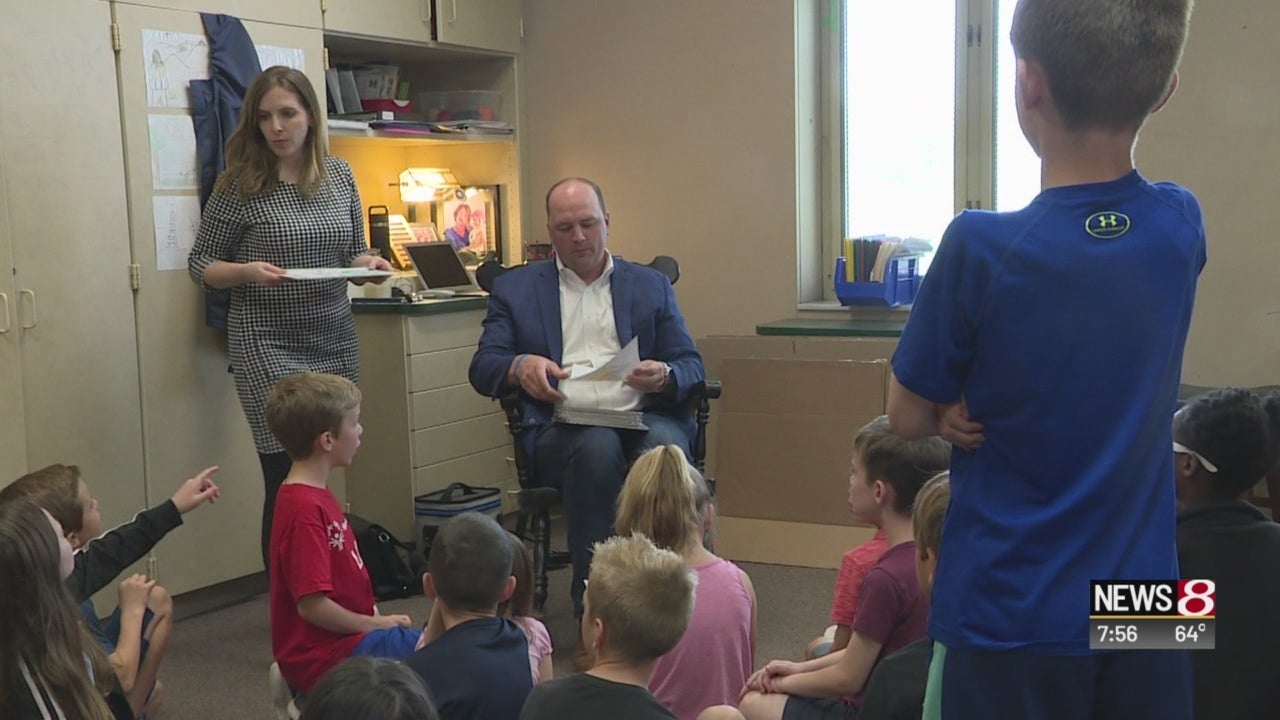 INDIANAPOLIS (WISH) — Second grade students in Fishers on Friday made progress in their work to raise awareness for cyclist safety.

The all-white bicycles honor the lives of cyclists killed on roads.

Last fall, the students wrote to the mayor asking for a sign to be put next to the bike so more people will know about the bike’s meaning and remember to be safe around cyclists on the road.

Their letter-writing campaign worked, and on Friday, Mayor Fadness visited the class and said next week a bike safety sign will go up on Brooks School Road just south of 126th Street.

“They really wanted to do a project that would change the world. Their teacher really thinks it’s important to reach out into the community and experience what it’s like to have an impact on their own city. So today we’re delivering a small token of appreciation for all the work they’ve done and raising awareness around bike safety,” Fadness said.

The Mayor and his staff passed out custom bike safety signs the city made from drawings each student submitted.

Teacher David Baldock said this completes a three fold mission: helping students learn symbols in their community, enabling them to get involved in civic affairs, and increase community awareness of bike safety.

Over the last few months, various city officials have visited with the students to talk about city ordinances, bike safety and how the city makes signs.

Student Luke McGrath, who wrote the original letter to Mayor Fadness, says this project has taught him to ride his own bike safer on Fishers roads.