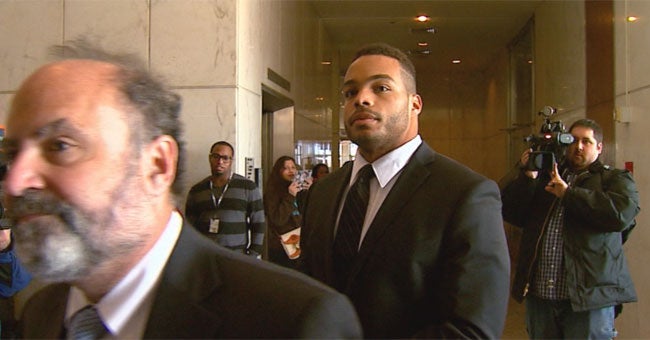 INDIANAPOLIS (WISH) – A former Marion County Deputy Prosecutor analyzed the charges and evidence in a rape case against an Indianapolis Colts player.

26-year-old Josh McNary is charged with rape, criminal confinement, and battery resulting in bodily harm. Investigators said the rape occurred in the early hours of Dec. 1 in his downtown apartment.

Milton Thompson, the former prosecutor who now works as a sports attorney, said this is just the beginning of this case and many things will happen between now and McNary’s next court appearance.

He was not surprised that it took several weeks before charges were filed.  Thompson feels the prosecutor’s office knew this case would get lots of media attention given McNary’s status as a Colt.

He said there are elements to the case that help the defendant and that if he was a defense attorney he’d be focused on challenging the evidence.

In the documents, the evidence includes items like bedding and women’s clothing found in McNary’s apartment, pictures of McNary’s body, and DNA samples.

“The investigation was thorough,” he said was he was looking through the probable cause affidavit.

“Who knows what he was thinking,” he said of McNary.

Thompson is trying to paint a picture of what detectives say happened in early morning hours of Dec. 1.

According to the documents, that’s when the woman said she met a man at a bar downtown and ended up at his apartment.

“It was clear that she was impaired to a degree,” he said since the she told detectives she didn’t remember how she got to the apartment.

The woman told detectives what started as flirting and kissing turned into her being forced to have sex against her will.

One portion of the story that left Thompson confused was what detectives say McNary told them when they arrived at his apartment.

In the documents, McNary said “I know why you’re here,” and pointed to bedding saying “I preserved it for you because I knew you would be coming.”

When asked why McNary might do that, Thompson replied, “Thinking that he’s going to be cooperative for one, which might lead (detectives) to believe that this was consensual.”

Thompson also pointed to evidence the documents state was found on McNary. Detectives said scratches and abrasions were on his neck, back, abdomen,

“You don’t have to have ‘beyond reasonable doubt’ kind of evidence to get probable cause. Probable cause is just what it is.”

McNary was ordered not to have any contact with the victim. His next court hearing is scheduled for March 11th at 9 a.m.