Former ‘sex slave’ of self-help guru testifies at his trial 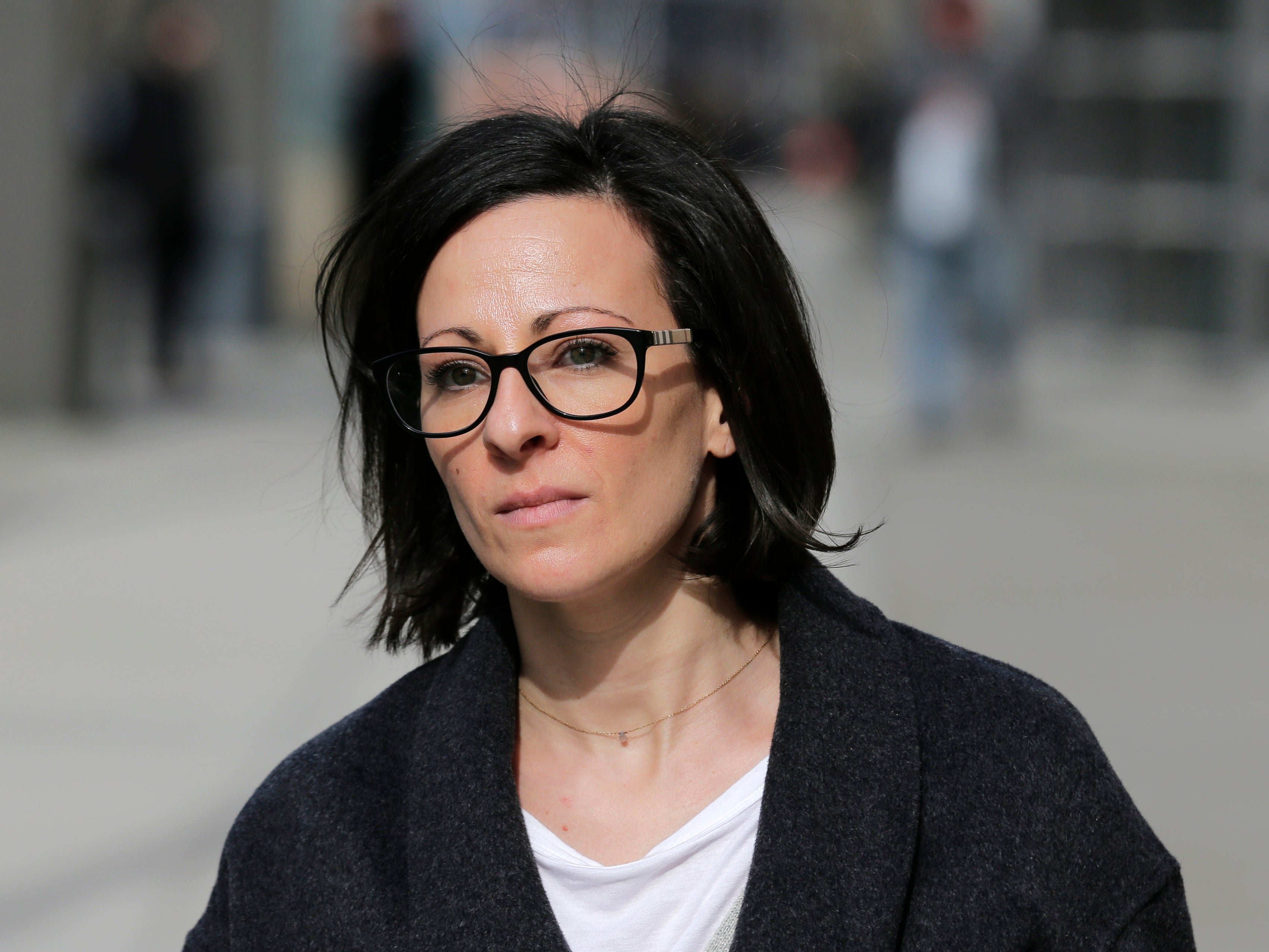 NEW YORK (AP) — At meetings with self-help guru Keith Raniere, members of a secret society for female followers sometimes called “The Vow” would follow a protocol that drove home his standing as their “master,” one of the women testified Friday at Raniere’s sex-trafficking trial.

Lauren Salzman told the jury she and the other women who were branded with Raniere’s initials “would be totally nude and sit on the floor below him.” He, on the other hand, would remain clothed as he spoke to them, she added.

Prosecutors in federal court in Brooklyn used Salzman’s testimony to give jurors an inside look into a bizarre alternate universe they say Raniere created as head of NXIVM, the upstate New York group that offered expensive, multi-step educational programs but was also seen by many as a cult.

Raniere has pleaded not guilty to charges accusing him of using his teachings to manipulate and exploit women as his “sex slaves.” His attorneys have insisted his interactions with the women, however unusual, were consensual.

Salzman, 42, took the stand after pleading guilty in March for her role in the sorority of branded women who worshipped Raniere as their “master.” She was testifying as part of a plea deal in which she admitted to charges accusing her of making a lower-ranking member of the group stay inside a bedroom for two years as a form of discipline.

On Friday, Salzman identified actress Allison Mack as a high-ranking member of the secret subgroup. Mack, best known for her role as the friend of a young Superman in the “Smallville” series, has pleaded guilty to participating in the collection of embarrassing material from followers — called “collateral” — that the group threatened to make public if they ever tried to defect.

After the group was formed in 2017, Salzman and the other members would begin meetings, with Raniere absent, by taking nude group photos of themselves and sending them to him, Salzman said. They were instructed to make sure their brands were visible and that they had to “look happy,” she said.

Salzman testified that any resistance to the orders of the leader known as “Vanguard” was considered an “ethical breach.” Begging for his forgiveness was seen as an opportunity for personal growth, she added.

Asked how she felt about Raniere before becoming disillusioned, Salzman said, “I looked up to him. . I wanted to be like him.” She also said she yearned to have a baby with him.

But Salzman also testified Raniere sought to control her by taking nude photos of her over her objections, giving her instructions on how to groom herself and convincing her to join threesomes with other women. He also nicknamed her “Forlorn” because she had trouble hiding her unhappiness.

“There were lots of times I wanted to leave the relationship and someone would talk me out of it,” she said.

The testimony came on a day when jurors were also shown receipts for thousands of dollars worth of sex toys that were ordered by a member of Rainere’s inner circle. The items included a full-size jail cell described by the seller as “a true piece of dungeon furniture.”

Salzman is to resume testifying Monday.