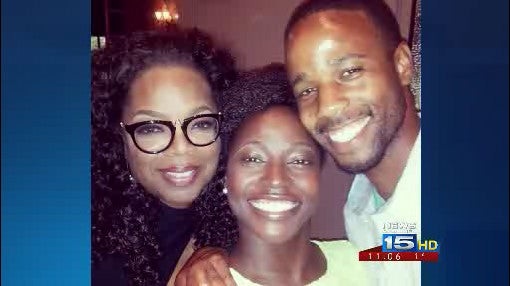 FORT WAYNE, Ind. (WANE) – Justin Jordan, of Fort Wayne, and his wife, Charity, came to the Summit City to celebrate their role in the newly-released film “Selma”.

The movie portrays the life of Dr. Martin Luther King Jr. during the civil rights movement. Justin Jordan said the opportunity to work on the film came at the right time after losing his job in Atlanta.

“Worked in marketing for 10 years, got laid off from my job and then a lady called me about an opportunity on Selma,” he said.

Justin had been volunteering on the project a year prior to receiving a call to work on it. He worked as an art production assistant. His goal was to help recreate scenes for the film as it was back in the 1960’s. His wife is an actress. After Justin received a call, he said he encouraged her to get a role in the movie. She called her agent to get her an audition and eventually got the part.

“So glad and excited to be a part of the film Selma. I play Viola Jackson, which is the mother of Jimmy Lee Jackson,” she said. “You guys learn so much about him in the film.”

They were both in Fort Wayne Friday to share the experience with Justin’s family and friends. Both hope this film shows people their voice can make a difference, especially since the movie came out during the protests of police brutality in the cases of Mike Brown and Eric Garner.

“Oprah says it’s divine time that this movie fell in her lap,” Charity Jordan said. “So this country needs this right now.”