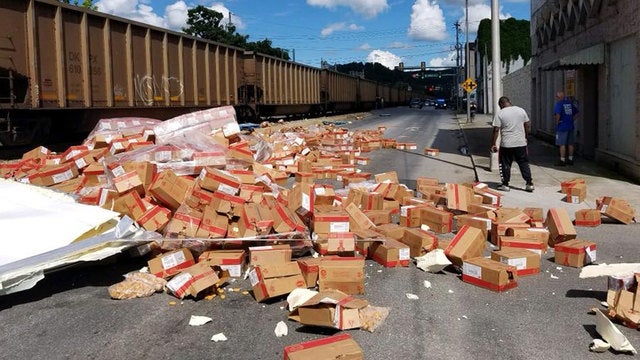 NEWPORT, TN (AP) — A truckload of boxes filled with frozen chicken nuggets spilled in a Tennessee town, covering an intersection in mounds of nuggets, following an accident involving a train and a tractor-trailer.

The Cocke County Emergency Management Agency says the refrigerated trailer was carrying a full load of Tyson Chicken Nuggets when the collision occurred.

Officials say no injuries were reported. The intersection was shut down for several hours as crews cleaned up the mess.