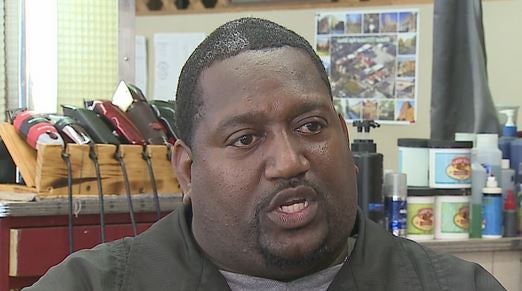 INDIANAPOLIS (WISH) — Jomo Cole had a vision. It included a free movie series near East 10th Street and North Hamilton Avenue. The Friday night shows would include free popcorn and soda.

He noticed a lack of communication in his neighborhood, and he thought maybe a free movie night outside could ignite conversations and establish relationships.

“They see each other but they don’t socialize with each other,” Cole said.

However, there was an issue.

Cole didn’t have a movie screen, a projector or other essentials to pull off his desires.

One day, Cole took a call that would make his dream become a reality.

An entrepreneur with Pro-Kote Indy, a coating company, heard about Cole and wanted to help. The Zionsville business purchased the movie screen, the projector and other needed items.

The kind gesture is perfect timing. Over the years, 10th and Rural streets has seen some challenges with criminal activity. Recently, various groups have walked the popular neighborhood. Mayor Joe Hogsett and Chief Bryan Roach toured the area.

Cole has tried to capitalize off the moment. He organized a basketball game between Indianapolis Metropolitan Police Department and teens in the neighborhood. The event turned into a success.

Now his goal is to create a movie night to get people out of their homes near 10th and Rural and have them talk to each other.

The hope is that the more people talk, the more relationships are established, which could result in a safer community to live in.

“The movie night is good; it gets everyone out, doing something positive. The kids don’t have to be out in the streets doing anything negative,” said DeDe, a local resident.

The next free movie night is schedule for 9 p.m. Aug. 18. All showings happen in an open field at 10th and Hamilton.