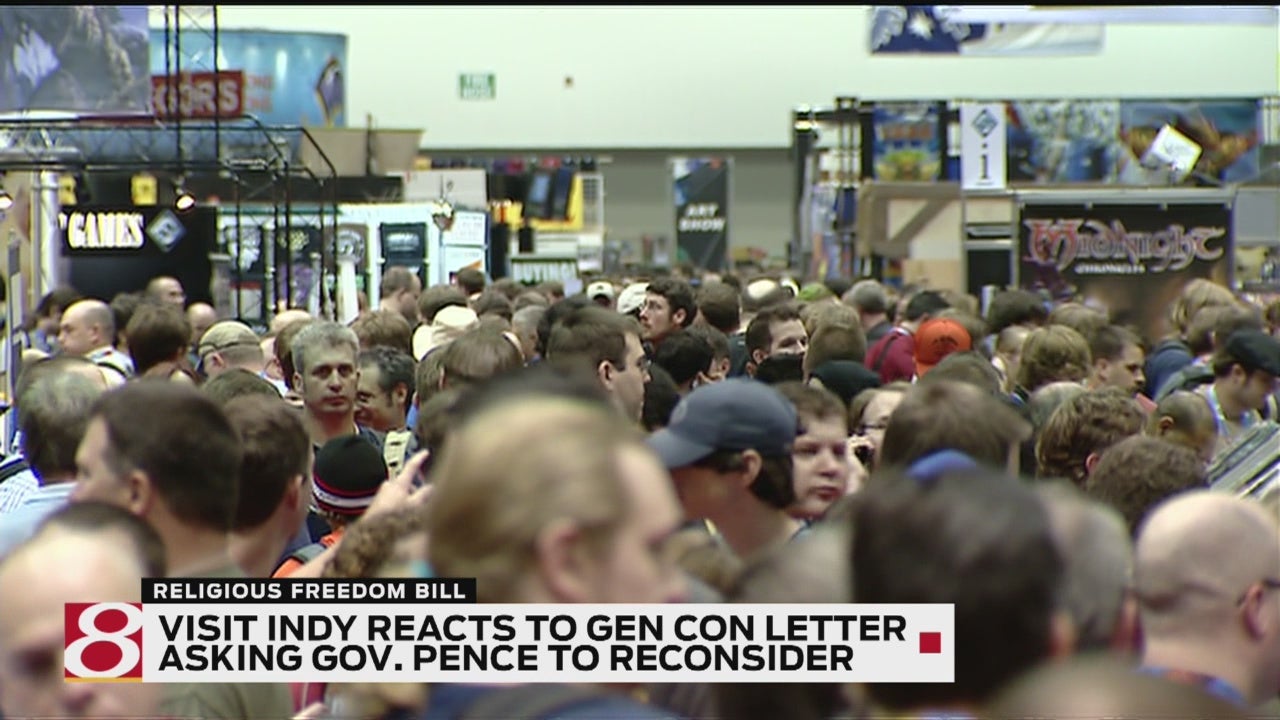 INDIANAPOLIS (WISH) — The CEO and owner of Gen Con has sent a letter to Indiana’s governor asking him to reconsider his support of the controversial religious freedom bill.

The measure has been passed by lawmakers and is now awaiting his signature.

The bill would prohibit state and local laws that “substantially burden” the ability of people, businesses and associations to follow their religious beliefs.

Supporters say it aims to prevent the government from compelling people to provide services for activities they consider objectionable. But some national gay-rights groups say the proposals in Indiana and about a dozen other states try to provide legal cover for discrimination as the nation’s highest court prepares to mull the gay marriage question.

“Gen Con proudly welcomes a diverse attendee base, made up of different ethnicities, cultures, beliefs, sexual orientations, gender identities, abilities, and socio-economic backgrounds,” said Swartout in the letter dated March 23. “We are happy to provide an environment that welcomes all, and the wide-ranging diversity of our attendees has become a key element to the success and growth of our convention.”

The letter went on to say, “Legislation that could allow for refusal of service or discrimination against our attendees will have a direct negative impact on the state’s economy, and will factor into our decision-making on hosting the convention in the state of Indiana in future years.”

Gen Con attracts more than 50,000 people to its convention in Indianapolis every year and, according to tourism estimates, generates a $49 million dollar economic impact for the city.

Chris Gahl, Vice President of Marketing and Communications for Visit Indy, said Gen Con is contracted to stay in Indianapolis through 2020. Beyond that, he said losing the convention would be “a crushing blow.”

“We don’t get political. We don’t very often,” he said. “It’s only when something could potentially impact the 75,000 people who depend on tourism for a paycheck that we want to become active and raise our hand and voice our concern.”

“We assured them that Indianapolis is hospitable and will continue to roll out the red carpet and welcome their attendees regardless of what happens at the statehouse,” said Gahl.

Gahl said his team was recently talked face-to-face at Gen Con’s Seattle headquarters about keeping the convention here beyond 2020. It’s been held in Indianapolis since 2003.

“We would anticipate retaining them,” he said.

Asked whether Visit Indy has heard from any other conventions that are concerned or asking questions, Gahl said two prospective conventions contacted them Tuesday.

In an email Tuesday evening, a spokesperson for Governor Pence said, “the Governor has been clear on where he stands on this issue and we don’t have anything to add at this time.”