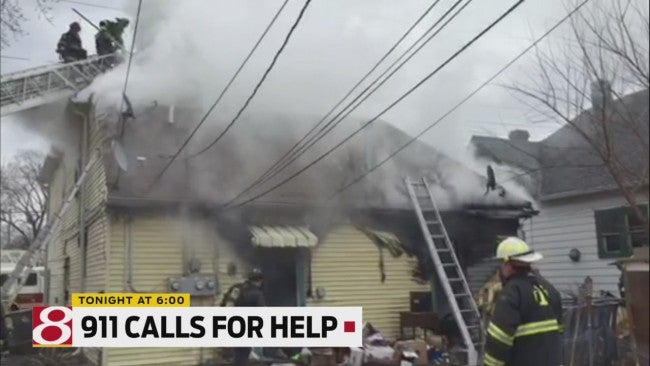 INDIANAPOLIS (WISH) — Bill Spurr spotted flames shooting out of a two-story building during a morning walk on the 1800 block of South East Street.

As he got closer to the home, he could hear the screams of the mother and her children.

“If I was a baby in that situation, I would hope someone would do that for me,” said Spurr.

According to the Indianapolis Fire Department, a fifth person in the house told firefighters that he smelled smoke he checked his bedroom and he saw fire. The man then ran outside and screamed for the others to get out.

Firefighters attacked the building from all sides. The mother and her three kids were taken to the hospital with no major injuries.

The Red Cross is working to help the displace residents.

As for Spurr, he doesn’t considere himself a hero despite what his neighbors think.

“He rescued kids, and man, anybody that rescues kids is a hero in my book,” said neighbor Bill Patterson.