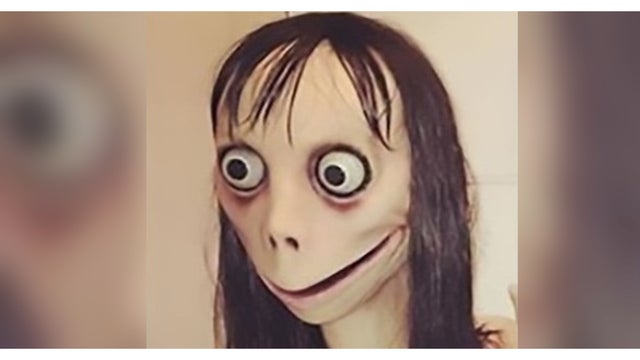 And it has police and other authorities concerned around the world.

The games uses as its main character, or “avatar,” the sculpted image of a woman with grotesque features and bulging eyes, taken from the work of Japanese artist Midori Hayashi, who is not associated with the game in any way.

The sculpture was nicknamed “Momo,” and the game takes it name from this.

Would be “players” are encouraged to add to their contacts one of several numbers associated with the game.

The game “controller” then sends violent images to the person over the messaging app, claims to know personal things about the “player,” and threatens the player if they don’t follow “orders.”

Players are often asked to kill themselves or post images and videos showing themselves committing suicide.

Authorities say it is similar to another social media based suicide game called “Blue Whale,” that is linked to hundreds of teen deaths in Russia.

There are a number of articles and websites about Momo and Blue Whale here, here and here.