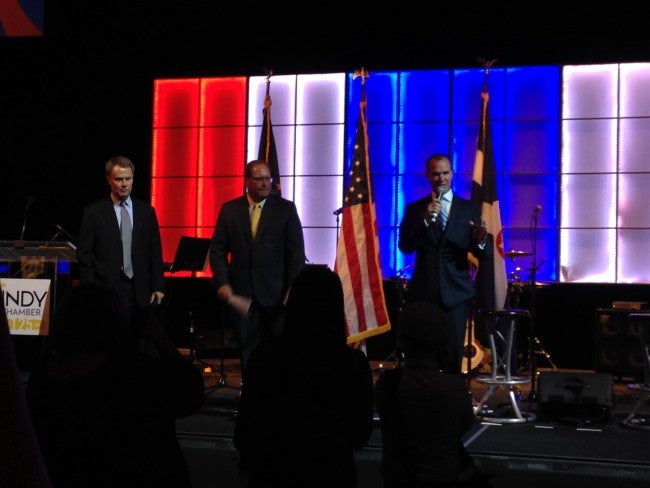 INDIANAPOLIS (WISH) — The Indianapolis Chamber of Commerce hosted the premiere political event of the year tonight.

HobNob brought both mayoral candidates together to talk about the issues facing the city.

At the event, Hogsett announced that he received an endorsement from the Fraternal Order of Police.

Brewer released this statement in response:

As a Colonel in the United States Marine Corps Reserves, I understand the gravity of having lives entrusted in you. And having spent many nights doing ride alongs with some of the men and women in IMPD, I have tremendous respect for the work they do, putting their lives on the line to protect the residents and visitors of our city.

While I would have appreciated having the FOP endorsement, I am very grateful to the many IMPD officers who have pledged their support to me. I am committed to increasing the number of officers, upgrading technology and equipment, and expanding prevention and intervention efforts to make Indianapolis safer.”