Horses removed from property in Indiana, taken to animal shelter 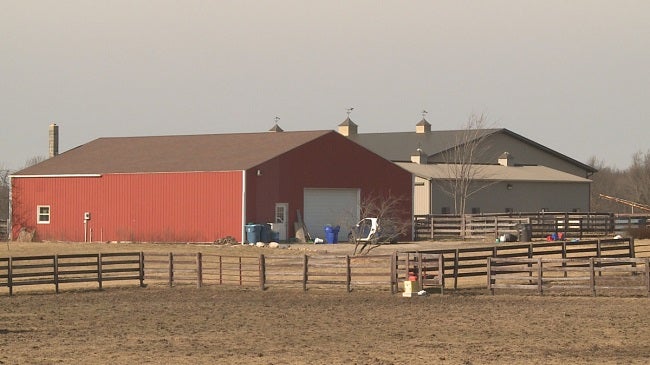 BLUFFTON, Ind. (WANE) — An investigation is underway in Wells County after horses were removed from a property last Friday after a search warrant was issued.

According to a press release from the Wells County Sheriff’s Department, on January 24, the Bluffton/Wells County Animal Shelter conducted a welfare check on horses located at 115 W. 700 N. in Uniondale.

Christine Francies, the woman who maintains the property allowed shelter personnel to look at the horses and photographs were taken of the animals that were underweight.

On January 26, the Board of Animal Health and the shelter returned to the property with a search warrant to conduct examinations of the horses. After the exams were completed, Francies surrendered the horses to the shelter.

The press release did not indicate how many horses were involved or specifics regarding the health of the animals. However, a Facebook post by the group Voices for Horses Rescue Network indicated ten horses were taken. That Facebook post has since been deleted. The sheriff’s department and the animal shelter both told NewsChannel 15 they could not comment on the investigation.

The State Board of Animal Health said its veterinarian is finishing up a report and will forward it to the Wells County Sheriff’s Office.

Stacey Emory said the horse rehabilitation community is a small one. Word travels fast. Emory lives in Florida, and rehabs retired race horses. She sold a horse to Francies in 2015.

“We stayed in contact for about a year and a half,” Emory said. “She sent me updates and pictures of him. He looked great. Everything looked fine. I saw on Facebook, a friend of mine who also sells thoroughbreds, posted this was going on and immediately my heart sank.”

Emory was told by Wells County Animal Control that her former horse was not one taken from the property. Emory now fears the horse died before officials showed up.

Right now Francies is not facing any charges.