I-865 named after Indianapolis veteran, businessman 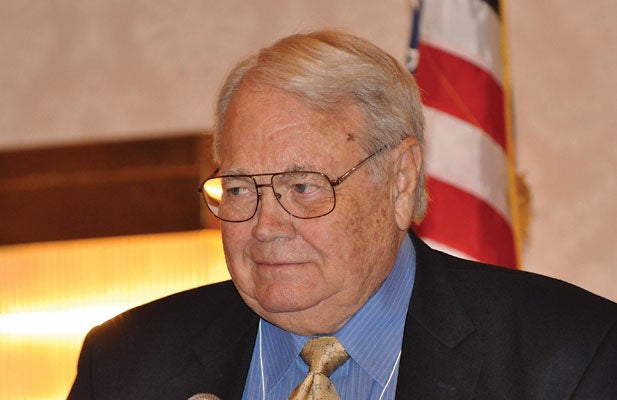 INDIANAPOLIS (WISH) – Interstate 865, the highway connector between I-65 and I-465, on Tuesday was named after Fred M. Fehsenfeld Sr., a military veteran and businessman.

Gov. Eric Holcomb signed an executive order Tuesday to name the highway after Fehsenfeld, a lifelong Hoosier and founder of The Heritage Group.

Fehsenfeld flew 86 missions in Europe during World War II after enlisting in the Army Air Corps at age 18. He has received three Silver Clusters and Silver Stars and also served in the Indiana Air National Guard.

The Purdue University alum also established the Fehsenfeld Family Head of Environmental & Ecological Engineering and the Purdue Energy Fund at the school.