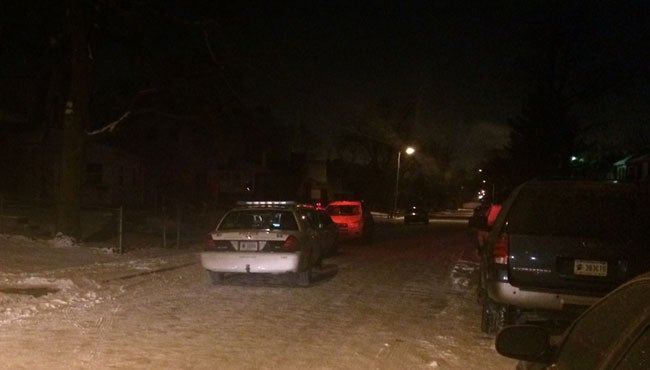 INDIANAPOLIS (WISH) – One person died and two other people were injured in a shooting Thursday morning on the city’s near northeast side.

Indianapolis Metropolitan Police Department officers were initially sent a home near East 34th Street and North Sherman Drive just after 5 a.m. There was a 21-year-old man who had injuries from multiple gunshot wounds. He was taken to Sidney & Lois Eskenazi Hospital in critical condition, but was able to tell police that he was shot near 32nd Street and Guilford Avenue.

While IMPD was on North Sherman Drive, they were notified that at IU Health Methodist Hospital, a friend had dropped off a 23-year-old with multiple gunshot wounds. That victim was listed in fair condition.

After hearing from the first victim about the location of the shooting, IMPD went to investigate there and found 24-year-old Tevon Slater  inside a duplex with multiple gunshot wounds. He died at the scene.

IMPD officials said they believe all three people were shot at the duplex near 32nd Street and Guilford Avenue, and they don’t believe the crime was random.

Police detectives planned to do additional interviews Thursday morning. No suspect description has been released, and the victims have not yet been named.