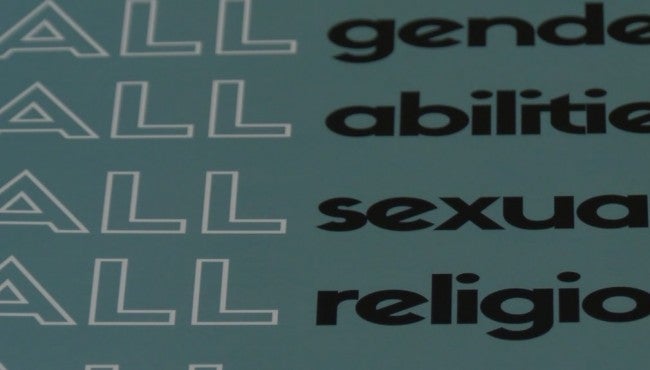 On Thursday, the Central Indiana Alliance Against Hate announced it created a database, called the tracking hate database.

Local activists said this will be a way to better track the number of hate crimes in the Hoosier state.

The announcement was part of a full-day conference where people from various minority groups — from the Muslim, Jewish and lesbian, gay, bisexual and transgender communities — spoke about what they see locally at the Indiana Response to Hate Conference.

Activists said they’re hoping lawmakers take up a hate crime bill next year, since Indiana is one of five states that does not allow judges to impose harsher sentences for hate crimes.

Just days after violence broke out in Charlottesville, Virginia, after a protest held by white supremacist groups, frustration lingered in Indianapolis at what many people we talked to call hate crimes.

“Unfortunately, what occurred in Charlottesville is not new. It’s not unique. It just happened to be caught on camera,” said Amy Nelson, the executive director of Fair Housing Center of Central Indiana, which created the Central Indiana Alliance Against Hate.

The conference intended to give the hundreds of attendees an opportunity to hear how others deal with hate crimes when they happen in Indiana and around the country.

“I think it’s low. I think unfortunately when it comes to both, hate-based crimes and hate-based incidents are underreported,” Nelson said.

Attendees said the issue is very real here in Indiana.

“This usually comes in the form of, you know, a swastika spray-painted somewhere or, you know, anti-Jewish graffiti taking place,” said David Sklar, who is the director of government affairs for the Jewish Community Relations Council in Indianapolis.

The tracking hate database keeps your identity anonymous, and the hope is it can shine a light on how many hate crimes occur in the Hoosier state.

“We want to provide an opportunity for Hoosiers to report that so we can put better data together about the number of incidents about crimes that have occurred,” Nelson said.

Lawmakers are paying attention. While Indiana is one of five states without a state law to give judges power to declare harsher punishment for hate crime, state Sen. Susan Glick, a Republican from LaGrange, said she believes there’s more bipartisan support for passing a bill to allow these harsher penalties.

Indiana Sen. Greg Taylor said he thinks a bill could pass next year.

“We as a General Assembly owe it to Hoosiers to make sure everyone is protected,” he said.

Taylor, a Democrat from Indianapolis, said state law allows judges to give longer sentences to people who point a weapon at police officers, attack the elderly or force a child to do something inappropriate. So he said the same should apply if a crime is committed and the motivation is because of someone’s race, religion, sexual orientation or anything defined by a hate crime.

“We would not be setting a precedent right here, it’s already been in law that we enhance penalties for people, for things that people do that are just destructive to the state as well as this country,” he said.

Similar bills have been proposed in the past but have not been passed by both chambers. Glick said she’s heard lawmakers who do not support this idea say it would give preferential protection to certain portions of the population. But she said that’s not the intent of how the law would be applied. A person would need to be convicted of the crime and then the prosecutor would have to prove that criminal met the standards of hate crime defined by whatever bill is potentially passed. Only then could a judge impose a harsher sentence.