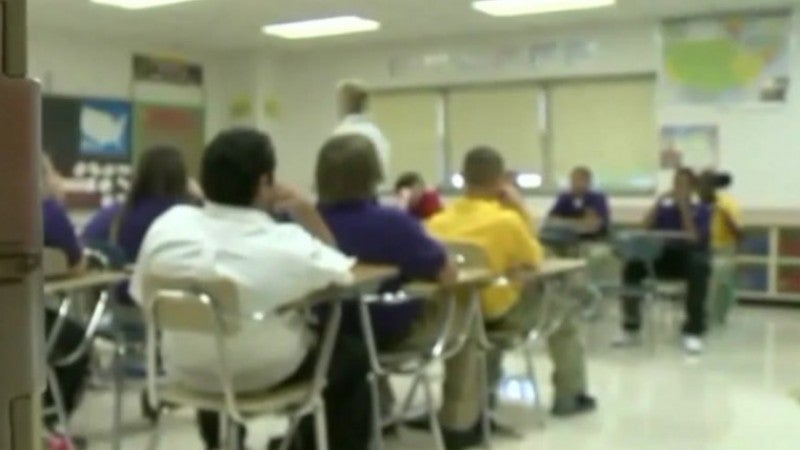 INDIANAPOLIS (WISH) — The numbers are out: Bullying in schools is slightly down statewide.

New data released by the Department of Education shows a slight decrease in bullying reports during the 2018-19 school year. The department says 100% of schools reported their data this year.

“I think that’s great. I think the less kids are bullied, the more kids have more confidence and the less violent they become,” said parent Steven Vancleave.

The data reveals more than 5,200 reported instances of bullying statewide, including:

“I think a lot of that is praise to the schools that have instituted policies A) to combat bullying, but B) also to help recognize it and teach students, ‘Look, this isn’t cool,’” said Adam Baker, spokesperson with the Indiana Department of Education.

Here are the total number of confirmed reported bullying incidents for the last 5 years:

The data also shows 49% of schools reported zero reports of bullying, which is less than last school year.

“I don’t know if I believe there’s ever completely zero,” Parent Natasha Cooper explained. “We are human, we are fallen. One person’s interpretation of bullying may be different than someone else’s.”

That issue could help explain why so many schools report zero bullying, despite the department’s written definition.

“That has been the debate over the years. What is the definition? Is it too vague? Is it too constricting? Do we need to broaden it? Our take is always if it looks like bullying, mark it as bullying,” Baker explained. “It is more important that we understand what is going on inside our four walls.”

As a parent, you have the right to ask questions of the data for your child’s school.

If you are a parent in Indiana and have questions about the data, feel free to contact Robin LeClaire, director of school improvement with the Indiana Department of Education.