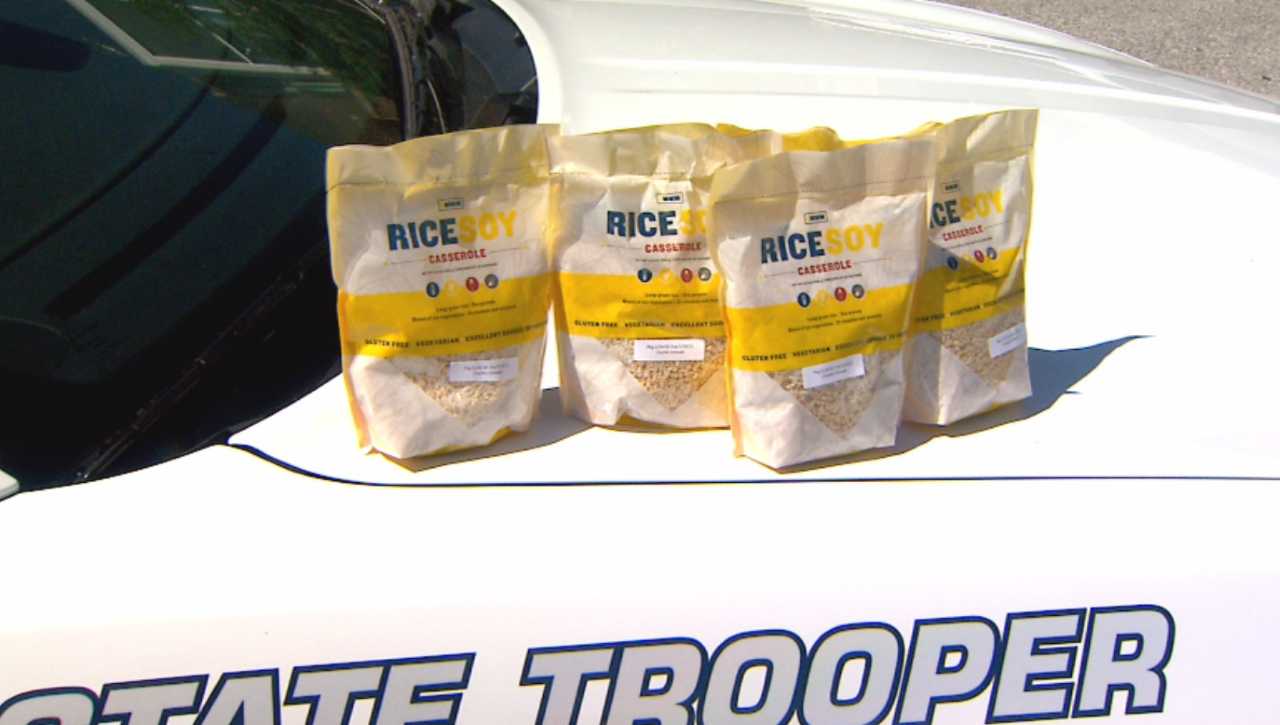 State police Sgt. Brent Gulinson said the pairing puts another tool in troopers’ belts to help reach out to community members in need.

“A family that may be down on their luck and their vehicle broke down as they’re traveling through and they’re in need of some food,” Gulinson said. “Homeless people we come in contact with in the metropolitan area.”

Each bag is packaged in Indiana by Hoosiers and is filled with rice, beans, vegetables and a vitamin powder mixture. One bag added to boiling water produces six servings and is recommended for a family of four. The 306-bag donation to troopers should provide 2,160 meals and feed the equivalent of 540 families of four.

“It’s certainly another resource for us to provide to the public, and we’re always welcome to those and especially when it comes to food. It’s obviously a necessity for life,” Gulinson said. “Anything we can provide to help them, especially those down on their luck, we’re happy to do.”

The Million Meal Movement has been providing meals to the hungry since 2007, and had been looking for a way to reach more people.

“This is above beyond my expectations. I never thought that we would be partnering with the state police,” said Shane Scarlett, general manager of the Million Meals Movement.

Scarlett is one of only four staff members at Million Meal Movement, which to date has served 28 million families. He said his goal is to feed the hungry but that can go hand in hand with the goals of law enforcement.

“We want to curb the crime and poverty with the food donation. If we can give that to the state police and let them impact that someone, and if a guy is thinking about committing a crime because he’s poverty-ridden, but the food is there hopefully he will go in a different direction,” the Million Meals Movement leader said.

State Police added that troopers will often use their own money to purchase a quick meal for a family or person they are assisting and the addition of these food bags in their vehicles makes that process simpler and healthier.

“It looks like from my perspective they’ve put together a nice, healthy product we can provide families,” the state police sergeant said.