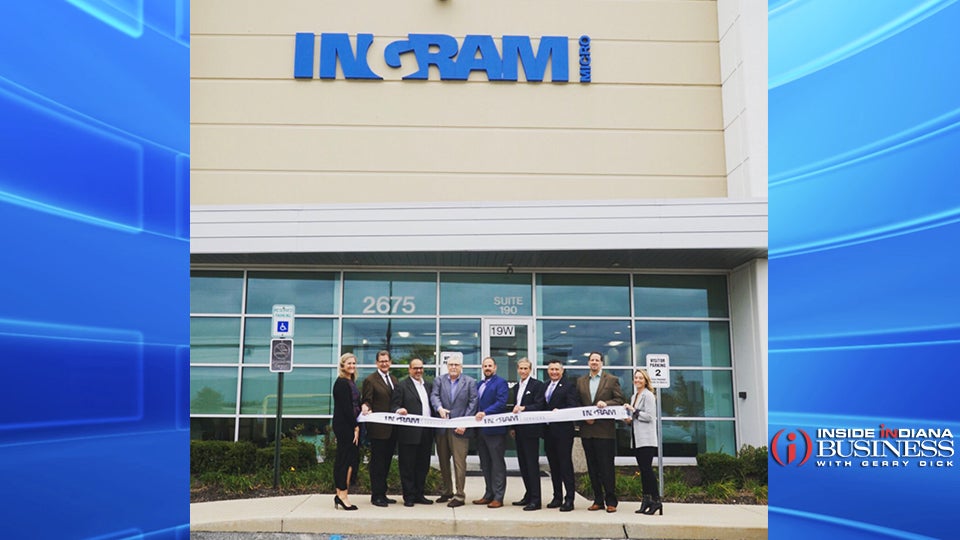 PLAINFIELD, Ind. (Inside INdiana Business) — California-based Ingram Micro has unveiled its new IT Asset Disposition (ITAD) Processing Center in Plainfield. The global technology and supply chain company has invested nearly $5 million to lease and equip the facility, which is the company’s sixth Indiana location.

The Indiana Economic Development Corp. says Ingram Micro has already hired 80 employees for the center and plans to grow its staff to more than 150 by the end of 2023.

The facility is Ingram Micro’s fourth ITAD Processing Center, joining others in Indianapolis, Arizona and New Jersey. The 200,000-square-foot center nearly triples the company’s ITAD processing capacity in central Indiana, according to the IEDC.

The center provides services such as data erasure and drive destruction, processing, remarketing and responsible recycling.

“We are proud to open our second ITAD facility in greater Indianapolis, where we have a long history, going back to the beginning of our ITAD business in 2001,” said Todd Zegers, vice president of ITAD, commerce and lifecycle services for Ingram Micro. “The market for enterprise-level IT asset disposition services has never been stronger, and we needed to add processing capacity to meet the growing demand from our U.S. clients. Our team has worked together flawlessly to bring this state-of-the-art facility online, and our clients will see an immediate benefit with faster through-put times for their end-of-service IT assets.”

Zegers says the facility will also have the capacity for further growth as demand for its services increases. The company is currently hiring for office, supervisory, warehouse and management positions.

The IEDC has offered Ingram Micro up to $975,000 in conditional tax credits, which the company will not be eligible to claim until Hoosier workers are hired for the new jobs. The town of Plainfield has offered additional incentives for the project.

“The town of Plainfield is happy to be the home of the newest Ingram Micro facility in Indiana,” said Plainfield Town Council President Robin Brandgard. “We have one of the largest and best-maintained industrial business park areas in the Midwest region and are internationally known as a center for logistics excellence. Ingram Micro is contributing substantially to our economy with the addition of 151 jobs; new jobs bring more money back into our community.”

The Plainfield facility comes more than a year after Ingram Micro cut the ribbon on a $40 million, 590,000-square-foot third-party distribution center which is expected to create up to 550 jobs by the end of 2021.