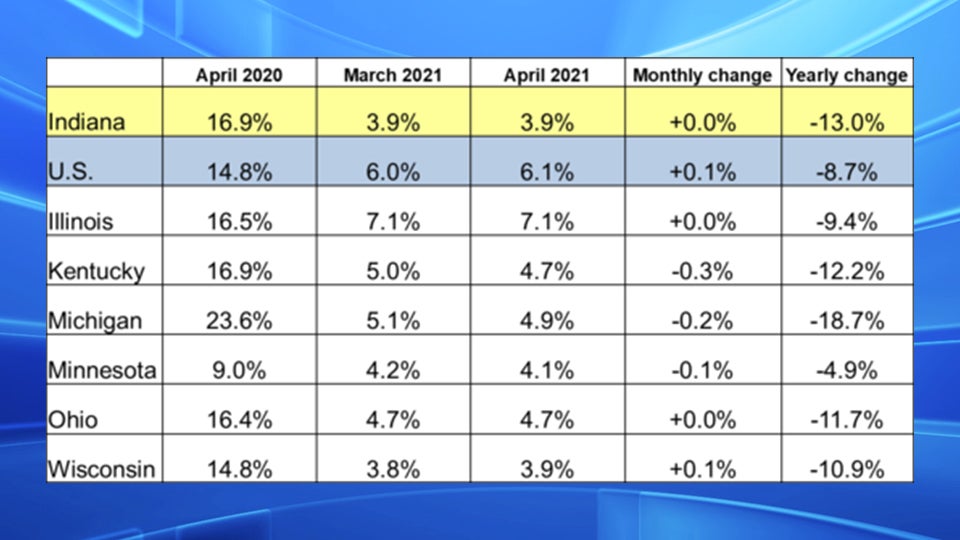 INDIANAPOLIS (Inside INdiana Business) — Indiana’s unemployment rate stands at 3.9% for April, unchanged from the previous month. The Indiana Department of Workforce Development says the state lost 600 private sector jobs, primarily due to losses in the construction and leisure and hospitality sectors.

The state’s unemployment rate remains lower than the national rate, which increased one-tenth of a percent to 6.1%.

Figures from the U.S. Bureau of Labor Statistics show Indiana’s labor force saw a net increase of just 145 over the previous month. The state’s total labor force, which includes Hoosiers who are either employed or seeking employment, stands at 3.3 million for April.