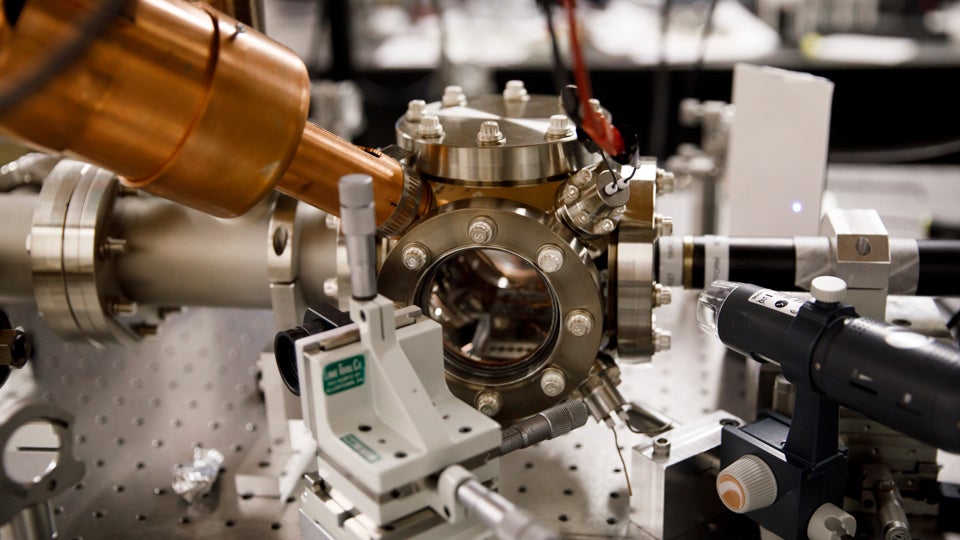 BLOOMINGTON, Ind. (Inside INdiana Business) — The new Quantum Science and Engineering Center on the Indiana University Bloomington campus will study possibilities created by quantum theory, focusing on quantum entanglement. Scientists have found over the last two decades that entanglement can radically alter technologies including cryptography and computing.

“There is significant quantum-related research going at IU in physics, mathematics, chemistry and informatics,” said David Baxter, co-leader of the Quantum Science and Engineering Center. “A number of these efforts are world-class, and the collaborations made possible by the new center will only increase their impact.”

The IU Bloomington Emerging Areas of Research program supported the new center with a $3 million contribution, and researchers have since seen $3 million more in funding from the Department of Energy and National Science Foundation. The work has mainly focused on quantum simulation, which has led scientists to find a way to simulate quantum problems for more accurate studies. Researchers are trapping ions on a two-dimensional plane with a quantum simulator, which was only possible in a one-dimensional chain prior to the simulator.

Scientists say the added dimension allows them to better understand quantum problems that could provide a new system in quantum science.

“A 2D ion trap quantum simulator would be the first of its kind and would offer unprecedented opportunities to address open questions in quantum physics, for which we currently have no reliable approaches,” says Gerardo Ortiz, professor of physics in the College of Arts and Sciences, who co-leads the new center with Baxter.

The new center is also expected to offer several educational opportunities for IU students, including new undergraduate courses and possibly one of the country’s first quantum engineering programs.

“Quantum science and engineering is the future of communications, computation and cryptography,” said Jeff Zaleski, IU Bloomington’s interim vice provost for research. “Indiana University’s intellectual expertise in quantum science truly puts the university at the forefront of this developing field, and we are eager to drive the leading edge of research in this area.”