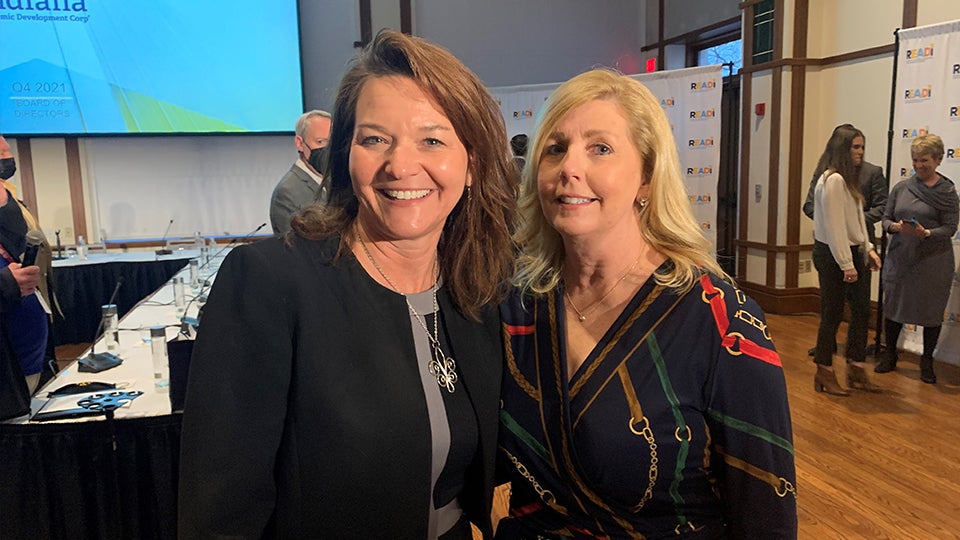 INDIANAPOLIS (Inside INdiana Business) — Officials from the Our Southern Indiana Regional Development Authority says a $50 million award from the Regional Economic Acceleration and Development Initiative is the result of years of hard work. The region is one of five to receive the full allocation from the READI program, the awards for which were announced Tuesday. Another southern Indiana region, greater Evansville, also received the full $50 million allocation.

Speaking with Gerry Dick after the READI announcement, One Southern Indiana President Wendy Dant Chesser and RDA Chair Dana Huber said the region is ready to get to work.

“It’s taken a lot to get us here, but we are now at a point where we can reap the rewards and that is to build the future that southern Indiana deserves,” said Dant Chesser. “We had a long road to get here, but in looking back, I wouldn’t have done this any differently because we had to understand that working regionally is not an easy task. It’s something that’s going to take hard work and intentionality.”

The Our Southern Indiana region encompasses Clark, Floyd, Jefferson, Scott and Washington counties. In its nearly 500-page proposal, the region says the projects it has planned for the READI funding could leverage an additional $1 billion in public and private funding.

Huber, who also serves as vice president of distribution for Huber’s Orchard & Winery in Clark County, says the collaboration shows the passion to improve quality of life in the region.

“It’s one of those opportunities that you never know if it’ll come along again. So, what we’re doing now is building the future our next generations and making Indiana a stronger place in our five-county region,” said Huber. “These projects are transformational. There are projects that are quality of life. They are workforce. They are housing. They are scholarship. They are all of these things that bring people together and that bring people into our communities from other states.”

Evansville Mayor Lloyd Winnecke says the southwest Indiana region’s $50 million allocation is a “great win.” He says the region’s proposal builds on what it did with the $42 million award it received from the Regional Cities Initiative, which led to nearly $1 billion in additional investment.

“We literally have projects in all four counties in our region that in various stages. Some are ready to launch. This is what they need, the last part of their capital stack, to get going,” said Winnecke. “We have everything from housing to marketing our region to quality of life projects to riverfront projects. This will really be a catalyst to get all those projects going.”