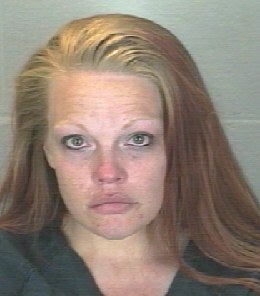 LAFAYETTE, Ind. (WLFI) – A routine traffic stop in Lafayette ended Monday night with the arrest of a woman accused of escaping an Indiana work release program.

Around 11:45 p.m., Indiana State Police pulled over a car at Greenbush and 13th streets for an expired plate. Officers said they found heroin and hypodermic needles on the passenger, 30-year-old Erin Emrich. They said Emrich was also wanted out of Marion County for escaping work release.

Emrich is accused of attempting to use false names and social security numbers to hide her real identity.

She was arrested and taken to the Tippecanoe County Jail.

The driver was released without charges.

ISP said the investigation remains ongoing at this time.