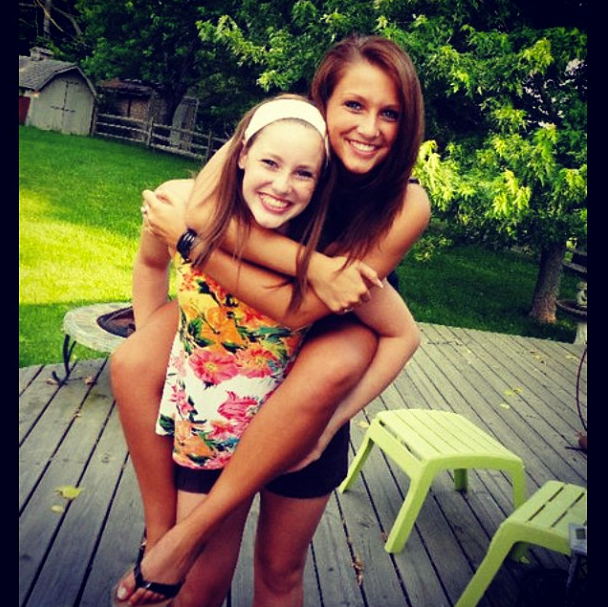 FISHERS, Ind (WISH) — From Indiana University to her Gamma Phi Beta sorority to Hamilton County, the murder of 22-year-old Hannah Wilson has had a devastating effect on the communities she left behind.

Wilson was a 2011 graduate of Hamilton Southeastern High School. She was a member of the varsity basketball cheer squad. Her coach, Erika Kline, is still trying to process what happened.

“Shocked. Kind of numb feeling. Couldn’t believe that it happened to Hannah. Hannah was a sweet girl and you hear about these things that happen all the time. But you don’t expect it to happen to someone you know,” said Kline.

Kline said she referred to Wilson as the “baby” of the squad.

“The joke was she was the baby of the team, and the problem was she never lost that title even as a senior at IU. I would talk to her mom and refer to her as ‘she’s my baby, she’s my freshman, my Hannah.’ We had that special bond knowing she was my first freshman,” said Kline.

Along with being on the HSE squad, Wilson also cheered on the Indiana Elite competition team.

“A light around that just made everyone want to be better and brighter. Cheerleading is naturally something that came so natural to her,” said Kline.

Kline learned of Wilson’s brutal murder on Friday evening, not even a day after she was killed.

“I’ve tried not to read any of it. I’ve tried to focus on what I know about Hannah and her as a person,” said Kline.

A smiling, positive young woman filled with laughter is how Kline described the former cheerleader.

Wilson was set to graduate from IU in two weeks with a degree in psychology. HSE tweeted “Our heart breaks at the loss of @HSESchools alum Hannah Wilson. Our thoughts & prayers go out to her loved ones and entire school community.

Our heart breaks at the loss of @HSESchools alum Hannah Wilson. Our thoughts & prayers go out to her loved ones and entire school community.- HSE Schools (@HSESchools) April 25, 2015

IU had this to say in a statement:

Hannah Wilson was a beloved daughter, sister, and granddaughter. She was a cherished and treasured friend to her sorority sisters and many others here in Bloomington, at her home in Fishers, and around the country.

Her loss disorders the moral universe and breaks the heart of our community. We join with all of Indiana University in sending our deepest and most profound sympathy to her family. Our thoughts are also with the many IU students, staff, and faculty who loved and taught Hannah, and who join in mourning her.

Hannah was a gifted student, who two weeks from now would have been graduating with a bachelor’s degree in psychology, which she hoped to use in service to others. She brought great light to our community, and her strong and continuing impact is clear from the outpouring of grief during the past few days.

Our campus has joined together to honor her memory in gatherings, large and small, since the moment of the tragic news of her death. Our deep bonds as a community are evident in the many ways we have determined to honor Hannah by showing each other strong support and kindness in the wake of this horrible loss.

It is difficult, and perhaps impossible, to understand a loss like this. But we will continue to stand together as a community and support each other during this difficult time. If you or a friend feels overwhelmed with distress, we urge you to see a counselor during the day at IU Health Center on the 4th floor. After hours, the crisis phone service is available, free of charge, at 812.855.5711.