Katy Perry, others must pay $2.78M for copying song 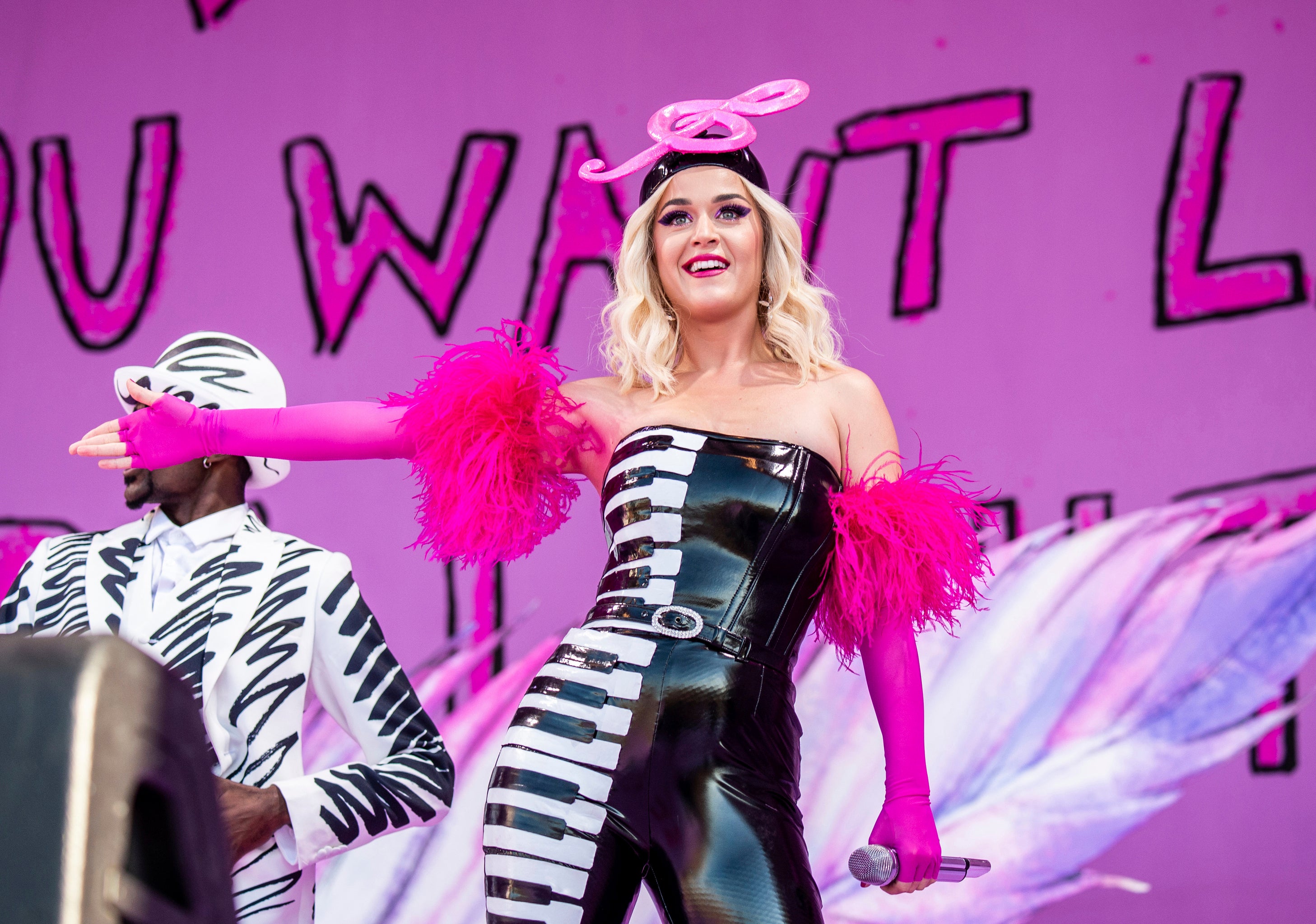 FILE - This April 27, 2019 file photo shows Katy Perry at the New Orleans Jazz and Heritage Festival in New Orleans. The penalty phase in a copyright infringement trial will begin Tuesday, July 30, 2019, in Los Angeles and will determine how much Perry and other creators of her hit song “Dark Horse” will owe for improperly copying elements of a 2009 Christian rap song. (Photo by Amy Harris/Invision/AP, File)
by:
Posted: Aug 1, 2019 / 07:53 PM EST / Updated: Aug 1, 2019 / 07:53 PM EST

It was an underdog victory for rapper Marcus Gray, a relatively obscure artist once known as Flame whose 5-year-old lawsuit survived constant court challenges and a trial against top-flight attorneys for Perry and the five other music-industry heavyweights who wrote her song.

But the amount was less than the nearly $20 million sought by attorneys for Gray and his two co-writers on the 2009 song “Joyful Noise” but they said they were pleased with the decision.

“These defendants have made millions and millions of dollars from their infringement of the plaintiff’s copyright,” Gray’s attorney, Michael A. Kahn, told the jury.

Perry herself was hit for just over $550,000, with Capitol Records responsible for the vast majority of the money. Defense attorneys had argued for an award of about $360,000 after the jury decided earlier this week that “Dark Horse” copied “Joyful Noise.”

“The writers of Dark Horse consider this a travesty of justice,” Lepera said.

Both sides agree that Perry herself made a profit of $2.4 million, while Gray’s attorneys argued that her song had grossed about $41 million. The pop star testified at the beginning of the trial but has not been in court since.

Because the rhythmic instrumental riff from “Joyful Noise” plays through 45% of “Dark Horse,” Kahn said his clients were entitled to 45% of the entire earnings of Perry’s album “Prism,” where her song appears.

The defense recommended dividing the award money by the number of songs on the album.

“A CD is a CD, you can’t break it into pieces,” Kahn said. “Every album had an infringing song. And not just any song, but the most popular song on the album.”

Both sides agree that sales and streams of “Dark Horse” should be in play.

Lawyers for Perry and her co-defendants, which include Capitol Records and producer Dr. Luke, said the millions Gray sought were based on ludicrous figures.

“They’re not seeking fairness,” the defendants’ attorney, Aaron M. Wais, told the jury. “They’re seeking to obtain as much money as possible.”

Wais argued, based on expert testimony, that the disputed part of “Dark Horse” was worth only 5% of its earnings.

He argued that the biggest driver of the song’s earnings were not any part of the song itself, but the celebrity of Perry, who was already a major star when she recorded the song.

“The reason why people buy a Katy Perry album, buy a Katy Perry song, is because it’s Katy Perry,” Wais told the jurors. “If you replaced her with an anonymous artist, do you really think it would sell as well?”

At the end of the first phase of the trial Monday, jurors surprised many by finding all six writers of “Dark Horse” were liable for copying from “Joyful Noise,” though only a section of the instrumental track was in dispute. That included Perry, who only co-wrote the lyrics to the song, and Juicy J, who only provided a rap break for it.

All the songwriters testified that they had never heard of Gray or his song before he and co-writers Emanuel Lambert and Chike Ojukwu sued five years ago.

But Gray and his attorney only had to prove that they had ample opportunity to have heard it.

Collectively, the songwriters earned about $10 million on the song before expenses and Capitol Records earned $31 million, leading to the plaintiffs’ $41 million figure.

Recent years have brought similar wins in disputes over hit songs, though usually with big pop stars on both sides.

In the case of another 2013 mega-hit, “Blurred Lines,” a jury found singers Robin Thicke and Pharrell Williams copied R&B legend Marvin Gaye’s “Got to Give it Up.” Thicke and Williams were ordered to pay Gaye’s children nearly $7.4 million. The award was trimmed last year to just short of $5 million on appeal.

No fight was required in 2016 when Tom Petty won a piece of British soul singer Sam Smith’s hit “Stay With Me.” Petty’s publishers said that while it was likely coincidental, the song’s melody closely resembled Petty’s 1989 song “I Won’t Back Down.” Petty and Jeff Lynne were added as co-writers on Smith’s song, but details on a dollar figure weren’t released.