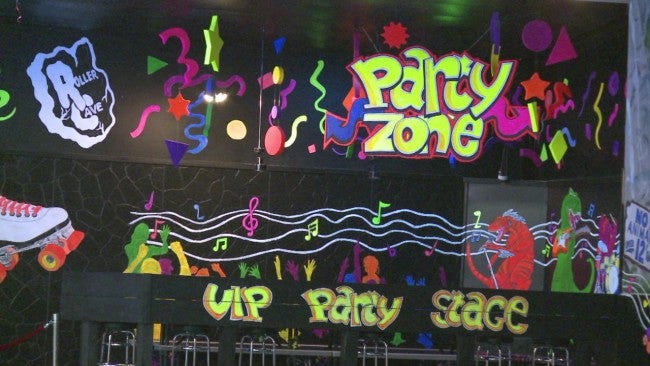 INDIANAPOLIS (WISH) – Some people are questioning how safe teens are at local late night events after police arrested several teens for fighting at a roller rink on the east side of Indianapolis.

It happened over the weekend at Roller Cave in the 8700 block of East 21st Street.

The Roller Cave has hosted many of these late night skating events before and it typically runs until 3 a.m. They had one on Valentine’s Day, but this time a fight broke out inside with 500 kids in attendance.

“Dealing with kids, one thing led to another, a lot of juveniles stuff, and things that are going on,” said Jarnell Conrad, long-time employee. “Next thing you know they go from one end of the rink to the next.”

Jarnell Conrad, or Mr. Conrad as some of the regular kids call him, says everything was going pretty well at the President’s All Night Big Money Skate until after midnight.

Conrad says a group of kids got into an argument, someone called police, and that’s when things got physical between some of the kids.

According to a police report, officers arrested several kids, one as young as 8 years old. The party quickly ended for everyone.

“Five-hundred sounds like a lot in a large venue like this, especially it is a controlled environment,” said Luke Boston, manager of the Roller Cave. “The kids are very well supervised.”

The manager says he’s disappointed by what happened and reassured the community that staff and security are doing everything they can to provide a safe environment for parents and their children.

“Some people don’t behave in public like you would like for them too,” said Boston. “We can’t make that determination at the door of who’s going to behave and who isn’t.”

However, IMPD is not taking any more chances. A spokesperson for IMPD tells 24-Hour News 8 the Nuisance Abatement unit met with the owners and they have agreed to hold off on any future late night skating events.

“I’m optimistic. This was a minor incident. I know it looks bad on the news coverage and it can come off in the wrong way,” said Boston. “But we’re looking forward to another 40 great years and a lot of family fun.”

Boston says when it comes to staffing and security, the Roller Cave has 30 people on staff and three officers on site.

If someone is under 18 years old, parents would have to go inside and pick up their son or daughter or staff will personally walk them out of the door.

IMPD says the business was not cited or ticketed for curfew issues. They will continue to work with the owners to come up with a security plan. No word yet on how long the hold on late night skating will be for.