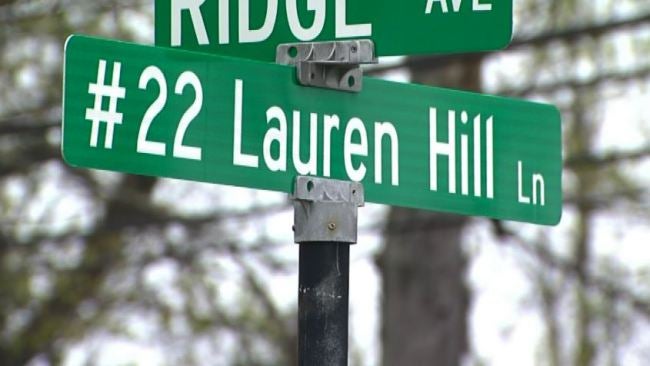 GREENDALE, Ind. (WISH) – A street now bears Lauren Hill’s name, who died one year ago. She caught the nation’s attention while she led a campaign to fight breast cancer.

Hill was diagnosed with inoperable brain tumor in 2014 during her senior year of high school but decided to attend Mount St. Joseph and play basketball even though doctors gave her only a year to live.

According to WLWT, the alleyway was were Hill walked to get to Greendale City Park safely to play basketball. Near the entrance of the park a stone reads “Never Give Up.”

She started a campaign that raised more than $2 million for cancer research while she was in college for The Cure Starts Now Foundation.

Hill played in a season opener for Mount Saint Joseph University’s basketball team in 2014 and posthumously received the “Best Moment Award” at the ESPY’s for her performance.