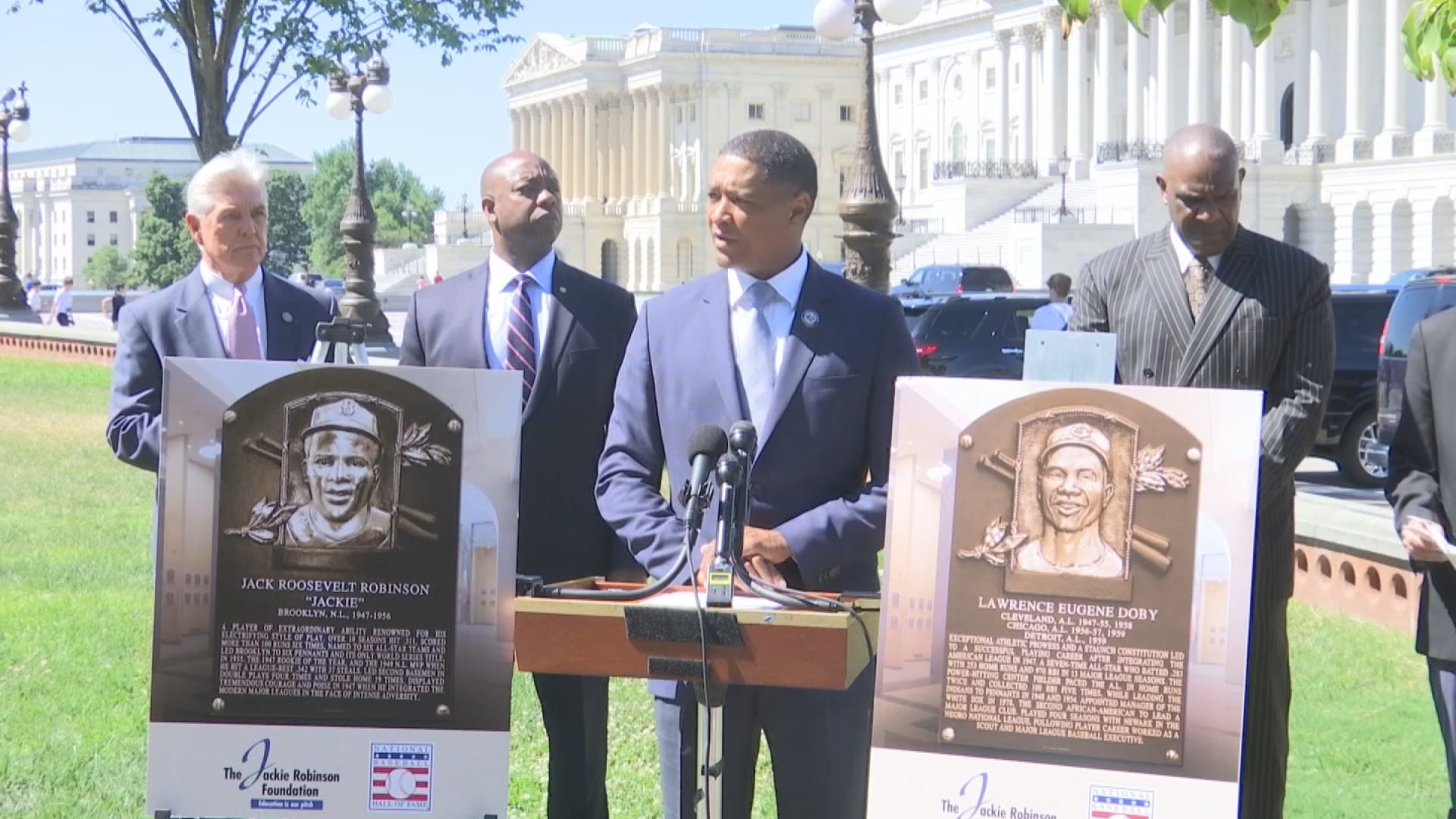 WASHINGTON (WISH) – The morning after the MLB All-Star Game, Baseball Hall of Famer Andre Dawson joined a bipartisan group of lawmakers to celebrate the 71st anniversary of the integration of baseball.

In July 1947, three months after Jackie Robinson broke the color barrier by playing for the Brooklyn Dodgers, South Carolina native Larry Doby joined the Cleveland Indians, and there was no going back.

Lawmakers in Congress have introduced a bill that would educate future generations about the pioneers and support their legacy of helping others.

Dawson, who stands at 6 feet, said he stood on the shoulders of giants Robinson and Doby.

“They paved the way for the civil rights movement moving forward,” Dawson said.

Years before civil rights legislation such as Brown vs. Board of Education, Robinson and Doby integrated Major League Baseball.

U.S. Sen. Tim Scott, a Republican from South Carolina, said, “The fact that it happened earlier in 1947 than people associate with the civil rights movements shows how important it was and how thankful we all should be for Major League Baseball.”

As a sign of appreciation, lawmakers want to honor the heroes with a commemorative coin to be struck by the U.S. Mint.

U.S. Rep. Cedric Richmond, a Democrat from Louisiana, said it’s a way to educate future generations about the struggles in American history and America’s pastime.

Richmond said, “It’s not immune to the toxic stain of racism, which led to the creation of two separate leagues and lost decades where Americans were separated by the outfield fences as well as the laws.”

The bill would recognize 2022 as the 75th anniversary of the integration of baseball. If passed, the bill would let fans pay up to $5 for the coin and help a good cause.

Richmond said, “Not only benefit the National Baseball Hall of Fame museum, but also benefit the Jackie Robinson Foundation that does so much to sow seeds of inspiration and prosperity.”

Dawson and these members of Congress want to be sure we all remember that, for Robinson and Doby, baseball was more than a game.