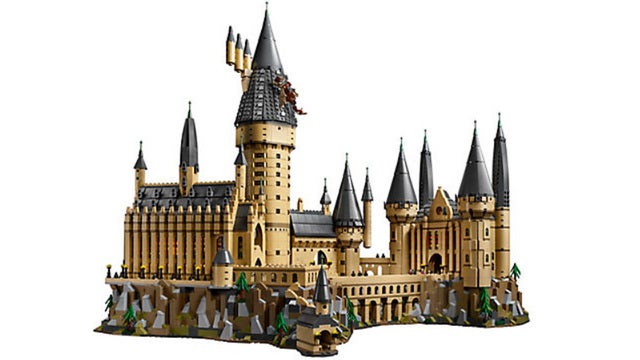 BILLUND, Denmark (WCMH) — Fans of the Harry Potter series can now have Hogwarts castle in their own homes thanks to Lego’s new 6,000-piece set.

On Wednesday, Lego announced a September release for a 6,020-piece, 22-inch tall, Hogwarts castle that features some of the favorite magical areas in the Potterverse.

Included in the castle set is Dumbledore’s office, the Chamber of Secrets, the Whomping Willow, the Room of Requirement and even Hagrid’s Hut (with giant spider, Aragog).

The magical set will also come with several microfigures like Harry himself, Ron, Hermione, Dumbledore, Snape and several others.

And, we must not tell a lie, we’re a bit surprised to see Dolores Umbridge on the list. Although everyone would probably be OK if you just left her in the Forbidden Forest.

The set will be nearly 2 feet tall, 27 inches wide and 16 inches deep. It is expected to be released Sept. 1.

But to buy this spellbinding set, you’ll probably need to make a stop at Gringotts Wizarding Bank, because the castle comes with a price tag of nearly $400.