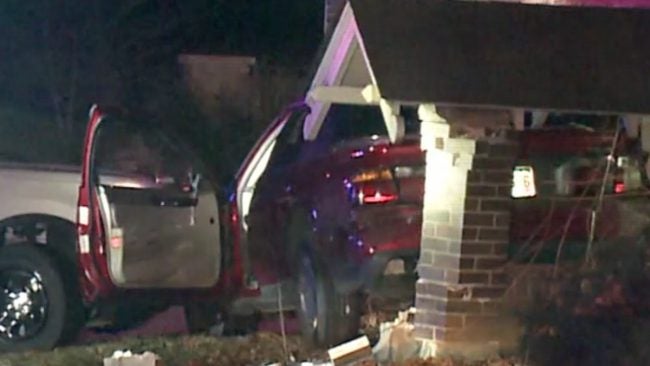 DENVER, CO (WCMH) – A tragic accident turned worse when a man stole the car of a good Samaritan who stopped to help.

According to the Denver Police Department, the suspect was driving a stolen Jeep with a woman passenger when he lost control of the vehicle, crashed through a guardrail and went down an embankment into a creek.

The man was able to get out of the sinking Jeep, but the woman died. The man managed to flag down Reno Abram for help.

“I stopped at a red light and I’m hearing a voice like, you know what I’m saying, I kept hearing somebody yelling for help and stuff,” Abram told KDVR. “So then I look back and it was like a guy, he was all bloody and messed up and stuff, like he needed help.”

Abram said that the man then got into Abram’s car so he could warm up. When Abram left the vehicle to check on the woman inside the Jeep, the man took off with the car.

Police spotted Abram’s Cadillac Seville and a chase began. Officers say that the chase reached speeds up to 80mph. Eventually, police were able to perform a successful  PIT maneuver and the suspect crashed into the front of a home.

The man is now in custody, but neither he nor the deceased woman have been identified, and Abram’s car is totaled.

Abram says that he can’t help wondering about the woman and why the man left her to die.

“I thought about that like, was this somebody that was close to him? Was this just some random person?” Abram said. “I kind of want to know what actually, you know, happened and like how did the car even get over the bridge and who was the person that was in the car.”