Man who murdered daughter gets 67.5 years in prison 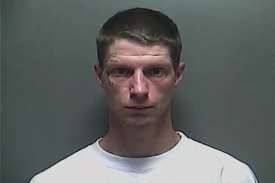 GREENFIELD, Ind. (WISH) — A Greenfield man convicted of murdering his 1-year-old daughter was sentenced to 67.5 years in prison on Wednesday.

Matthew Wagoner was sentenced for the murder of his daughter Zoey.

Experts who testified during the trial say she would have likely been in extreme pain for hours before she died. They say her liver was lacerated.

Wagoner apparently knew his daughter needed medical care, but failed to give it to her.