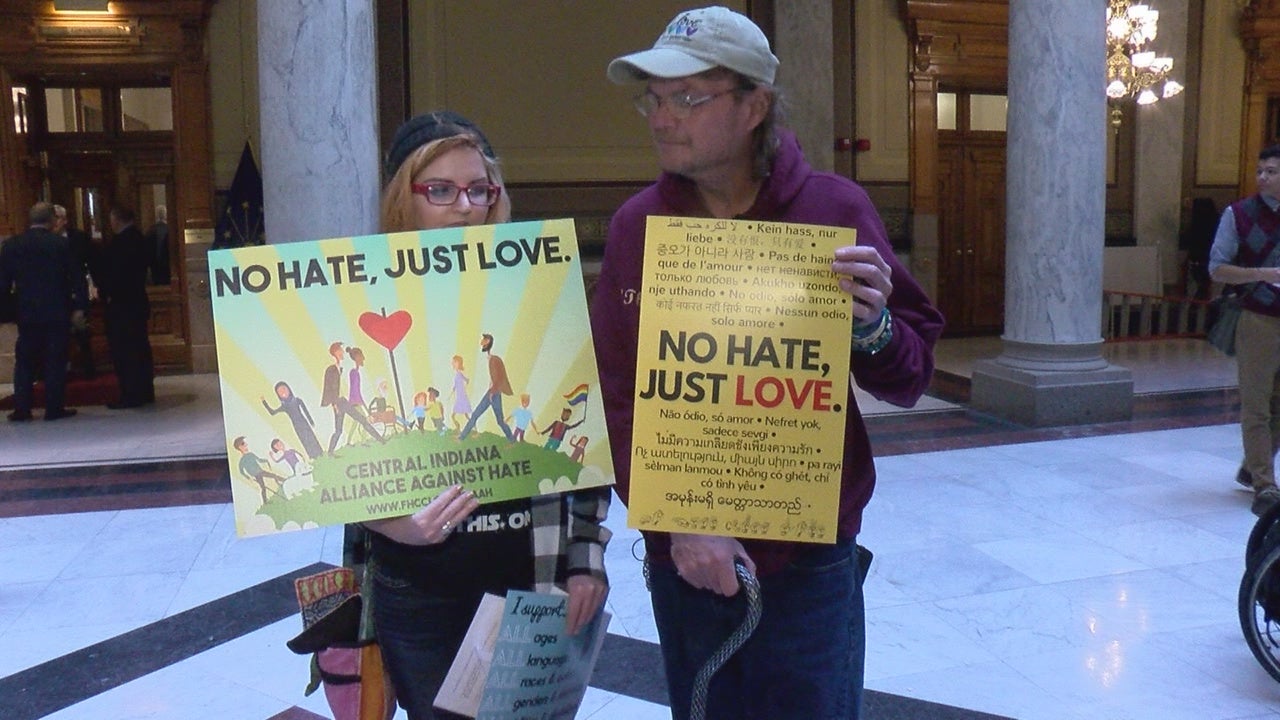 The coming state legislative session will be the third that Curry has rallied his support.

Indiana is just one of five states that does not have a hate crime law. Curry, joined by many others, are working to change that.

With his daughter by his side, Matt Duffin traveled all the way from Richmond to the Statehouse. He has a message he wants to get out.

“I believe in talking about it,” he said.

Earlier in his life, while riding a scooter with friends, Duffin flipped, hitting his head on the road. He was in a coma for 54 weeks. He walked away with his life, but suffered a brain injury.

“People stare. People snark. There’s been people that don’t understand what a brain injury is and judge by actions more than getting to know and be aware,” said Mercadi Duffin, Matt’s daughter.

Although Duffin has not been the victim of a hate crime, the Indiana Statewide Independent Living Council says more hate crimes are committed against the disabled than any other group.

Groups representing the disabled and the  lesbian, gay, bisexual and transgender community as well as religious and ethnic groups gathered at the Statehouse for a news conference Tuesday. It was put on by the Central Indiana Alliance Against Hate. Prosecutor Curry spoke at the event.

“We think it’s long past time that we also recognize that crimes that are motivated by bias, by hate, are actually crimes against the entire community,” Curry said.

Curry said he believes with a hate crime law in place, the offense would be treated more seriously. It “would allow a judge to impose a more severe sentence for the conduct,” he said.

Duffin would like to see change: “To treat people badly for what your opinion is, to me, that’s what hate is all about.”

According to Indiana State Police, there were 69 hate crimes reported in 2016. Curry could not quantify how big the problem is, however, because he says most incidents go unreported. He said he believes the reporting is low is because there are no laws against it.

If the bill is not passed, Curry said his office will be back again next year.