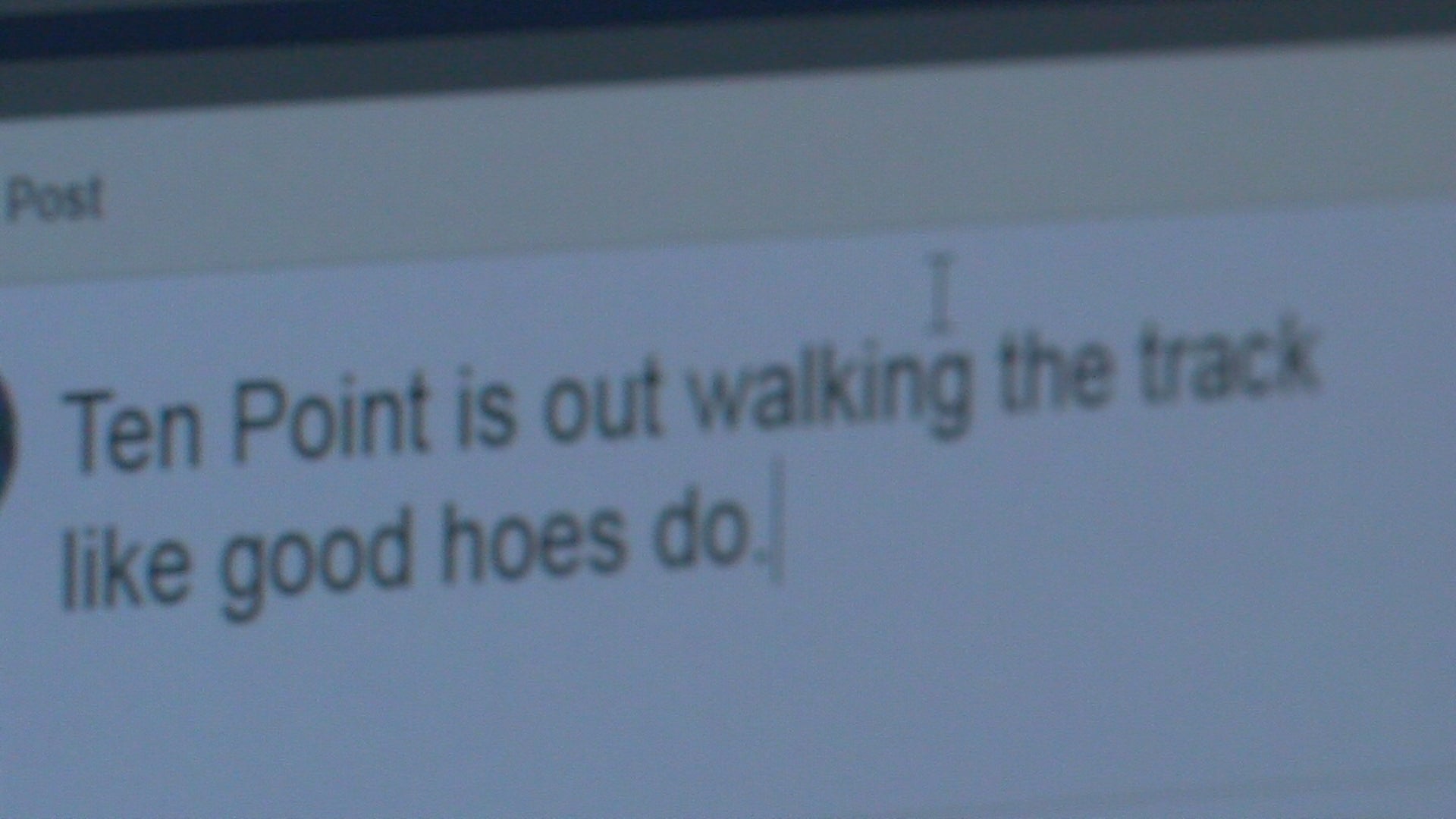 INDIANAPOLIS (WISH) — One city employee has been suspended and a second has been asked to apologize over comments they made on social media.

During a Facebook Live event about community safety that allowed viewers to post comments, Gregory Meriweather, the Community Strategic Initiatives Liaison for IMPD, commented on the video that “Ten Point is out walking the track like good hoes do.”

The Ten Point Coalition uses faith-based patrol teams that go into high-crime neighborhoods to try to show people alternatives to violence and crime.

Meriweather’s position at IMPD requires him to bring people together to reduce crime. Because of his comment, Meriweather has been suspended without pay for three days. Mayor Joe Hogsett responded to the comments after a ribbon-cutting ceremony on Friday.

“Well I’m profoundly disappointed in reading about the comments that were made on social media and both of the two city employees involved have been admonished and disciplined,” said Hogsett.

For the past 20 years, the Ten Point Coalition has been a viable force in neighborhoods with crime issues. Ten Point has in the past received grants from the city to support their efforts. Soon after Hogsett took office, grants to Ten Point were cut, until recently.

“I’m proud to say they have received grants from the city, and I hope they continue to apply because they are a very effective partner in reducing crime in this neighborhood and other neighborhorhoods in Indianapolis,” Hogsett said.

The Ten Point Coalition did receive a $50,000 grant last year, but according to the Rev. Charles Harrison, the president of the coalition, that money came from the Indianapolis City-County Council.

Shonna Majors, who handles crime reduction grants for the mayor’s office, was watching the same Facebook Live event as Meriweather and commented “$$$” on the video. Majors has been asked to apologize, but the apology may be too little, too late, according to State Sen. Jim Merritt, the Republican candidate for Indianapolis mayor.

“Joe Hogsett should fire these employees. If he doesn’t fire them now, it is an endorsement of their divisive ugly comments. A true leader brings people together and unites all that want to better our community,” said Merritt.

Harrison told News 8 that Majors apologized during a phone call, and the two are expected to meet face-to-face next week.