More digital billboards could be in Fishers future 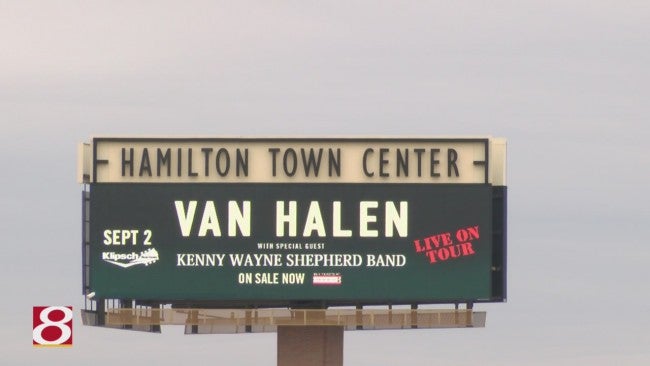 FISHERS, Ind. (WISH) — The city of Fishers may consider adding digital billboards in the near future. Only two currently exist near the interstate.

A six person task force was formed to review the current city ordinance which has limitations. A company that builds boards in high traffic areas throughout the U.S. also attended the public meeting to offer advice. This task force will help recommend what changes should be made to the ordinance and decide if adding them will help promote local businesses while generating revenue.

“They showed us samples of boards and the software used to control them. We don’t really know if Fishers is ready to see billboards placed around the city. The meetings will help determine that with the help of community feedback,” Warren Harling with the Fishers Planning Commission said.

More meetings are planned to help them make a final decision, which could be months away.

“It was the first of many meetings scheduled to discuss digital signage in Fishers. We came out of the meeting with more questions than answers but that is a good thing. We will review what is best for community members and businesses over the next few months, it will be a while before a final decision is made,” Fishers City Councilor Todd Zimmerman said.

Some think the billboards could be distracting for drivers.

“I wouldn’t mind seeing more on the highway but not in neighborhoods. Personally I think flashing signs are a distraction and could cause an accident. Drivers need to be looking at the road not a message. I would not want to see one blinking in my backyard either,” Community member Tim Callahan said.

Community members are welcome to attend the next meeting open to the public or you can contact the city to leave a comment by clicking here.