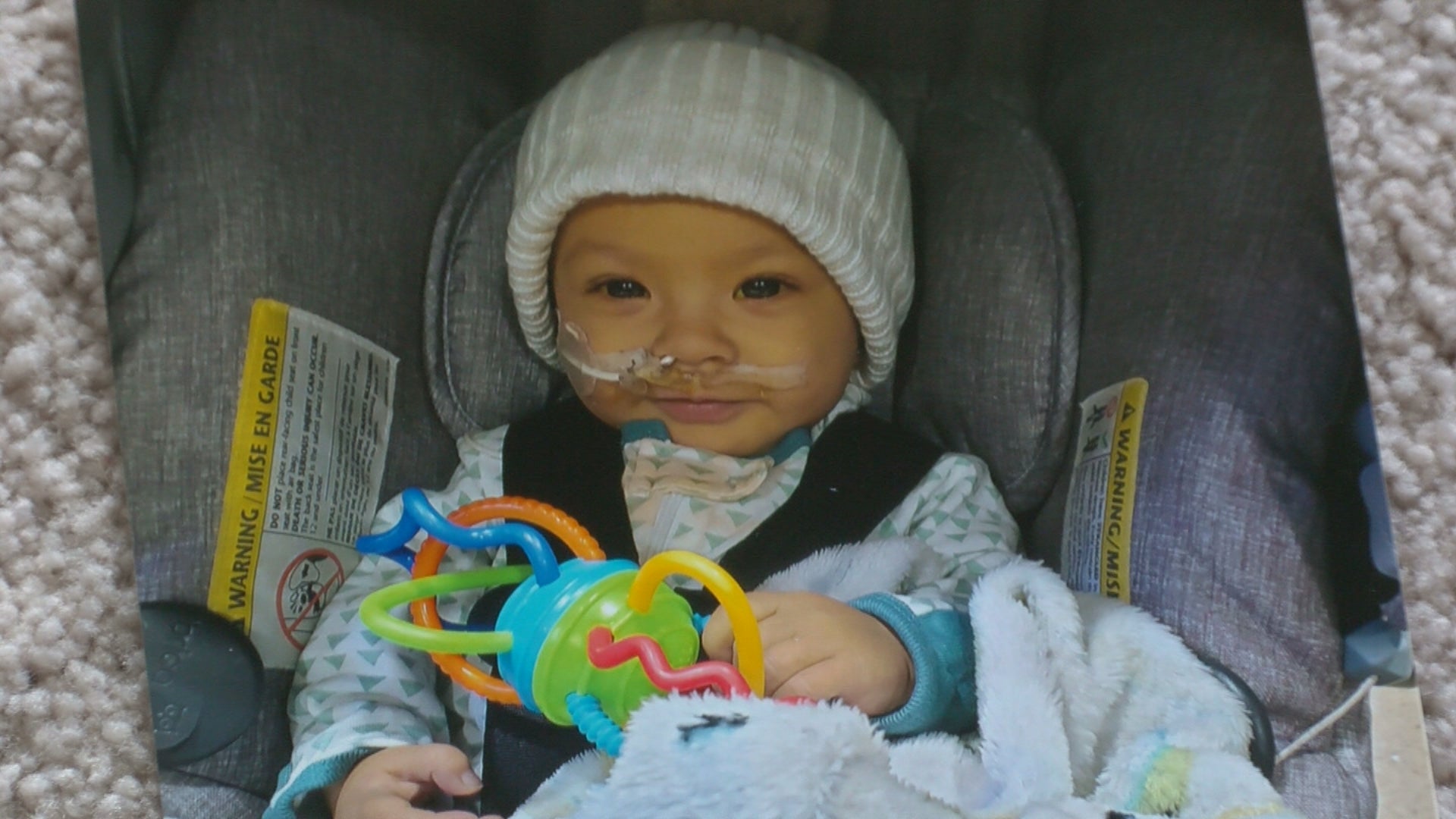 FISHERS, Ind. (WISH) — Andrew Kai George was loved as soon as his mother, Cara George, and the rest of the world saw his smile on April 23.

“He had these eyes that just twinkled,” mother George said. “He was excited to see the world.”

After eight weeks, Kai’s family in Fishers noticed something other than a twinkle in his eyes. They were yellowing, so the family visited a pediatrician.

“The next day she called me and asked me to get him to Riley (Children’s Hospital) immediately,” George said.

He had a disease called biliary artesia, which could eventually shut down his liver. He had surgery to buy time and waited for months at the top of the kidney transplant list.

“In pediatrics, it can be tougher to find not only donors, but just the right fit, size, age, all of those things come into play,” said Steve Johnson, chief operating officer of Indiana Donor Network.

Kai got a transplant on Thanksgiving. By that point, it had been so long that a toxic buildup in his body was hundreds of times worse than it should have been and he wasn’t strong enough for the transplant to take.

“After transplant, he quickly declined,” George said. “The liver that he received was not waking up. And so he was immediately relisted for transplant. He was listed as the top of the list and he waited for over two days and never received another offer until it was too late.”

“We did finally receive an offer on Monday morning and they flew very far away to get it,” George said. “They were within four hours of receiving a liver. … We just kept waiting and waiting and he couldn’t hang on. … So I just told him that I loved him and I would see him soon.”

George says if a transplant had come sooner, things could have been different.

“Death steals from all of us,” George said. “It doesn’t matter if you’re old or young, good or bad, death steals. I think organ donation is a way to steal back from death and to give life and hope to someone else.”

While Kai could not be saved, George said she hopes his story can start a conversation to help other kids in his situation live happy, full lives.

“You can save eight other people and heal countless others through tissue donation,” Johnson said. “Say ‘yes’ and talk to your family about it. It’s truly life-saving.”