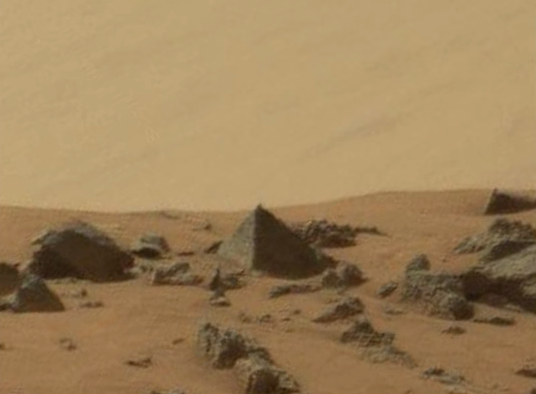 INDIANAPOLIS (WISH) – A picture NASA posted online has people questioning if Mars was once inhabited by an ancient civilization.

Jim Bell, a member of NASA’s Mars Rover Exploration team, said it’s unlikely the object is man or alien made. He said it’s not uncommon for a natural rock formation to appear as recognizable objects.

Bell said Mother Nature most likely played a part. But, others who saw the picture jumped to the conclusion the object is man or alien made.

A person on YouTube created a video addressing the photo. In the video, a robot is the commentator and said the photo is open to debate, but it suggests the object was created by intelligent life.

How do you think the “pyramid-like formation” appeared on Mars? Tell us what you’re thinking on our Facebook page!