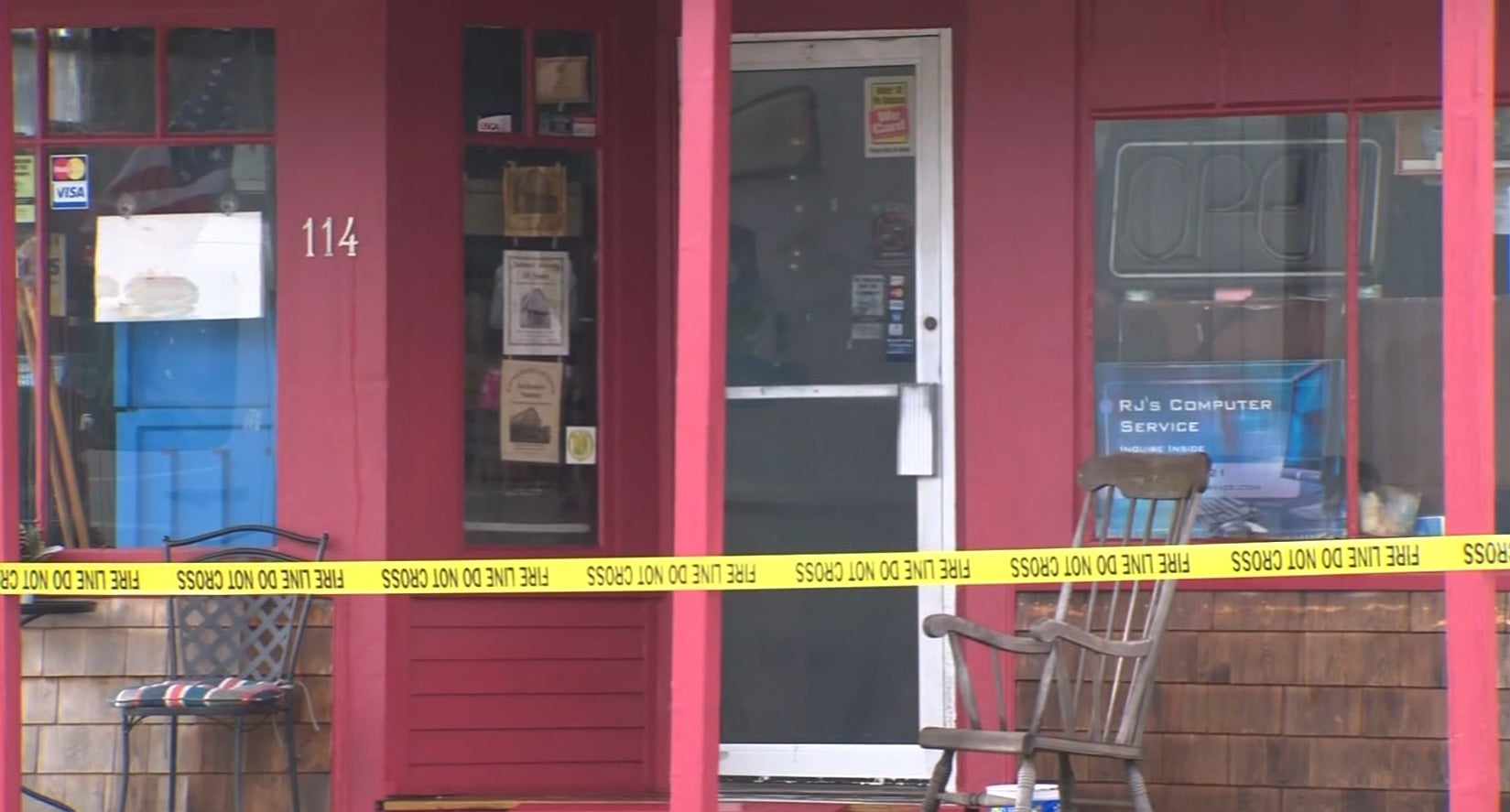 FAIRHAVEN, Conn. (WBZ) — Two bystanders saved a man as a fire ripped through a convenience store and the apartment upstairs in Connecticut Monday.

Owner Colleen Jackson said she was opening the store when she saw the flames and alerted her father and niece who were upstairs, where her 83-year-old wheelchair-bound father lives.

“Definitely made a difference, people jumping in there — even though we don’t advise you going into house fires, especially this one because when we got here it was really going pretty good when we first arrived. But we were able to get everybody out of the building,” Francis said.

Ron Rock and Butch Beauparland happened to be driving by and ran into the burning building.

“It was pretty smokey, you could feel the heat and you could see the flames,” said Rock. “Started dragging him toward the stairs there, he wasn’t very far at that point. Then we just did our best to get him down the stairwell.”

According to Jackson, without the two men, her father would have died.

“Thank god for good samaritans because some big men came by and were able to get my father down those stairs and over the side fence,” she said.

Her father and niece were taken to St. Luke’s Hospital in New Bedford for smoke inhalation and burns, WPRI-12 reports.

It is unclear what started the fire.