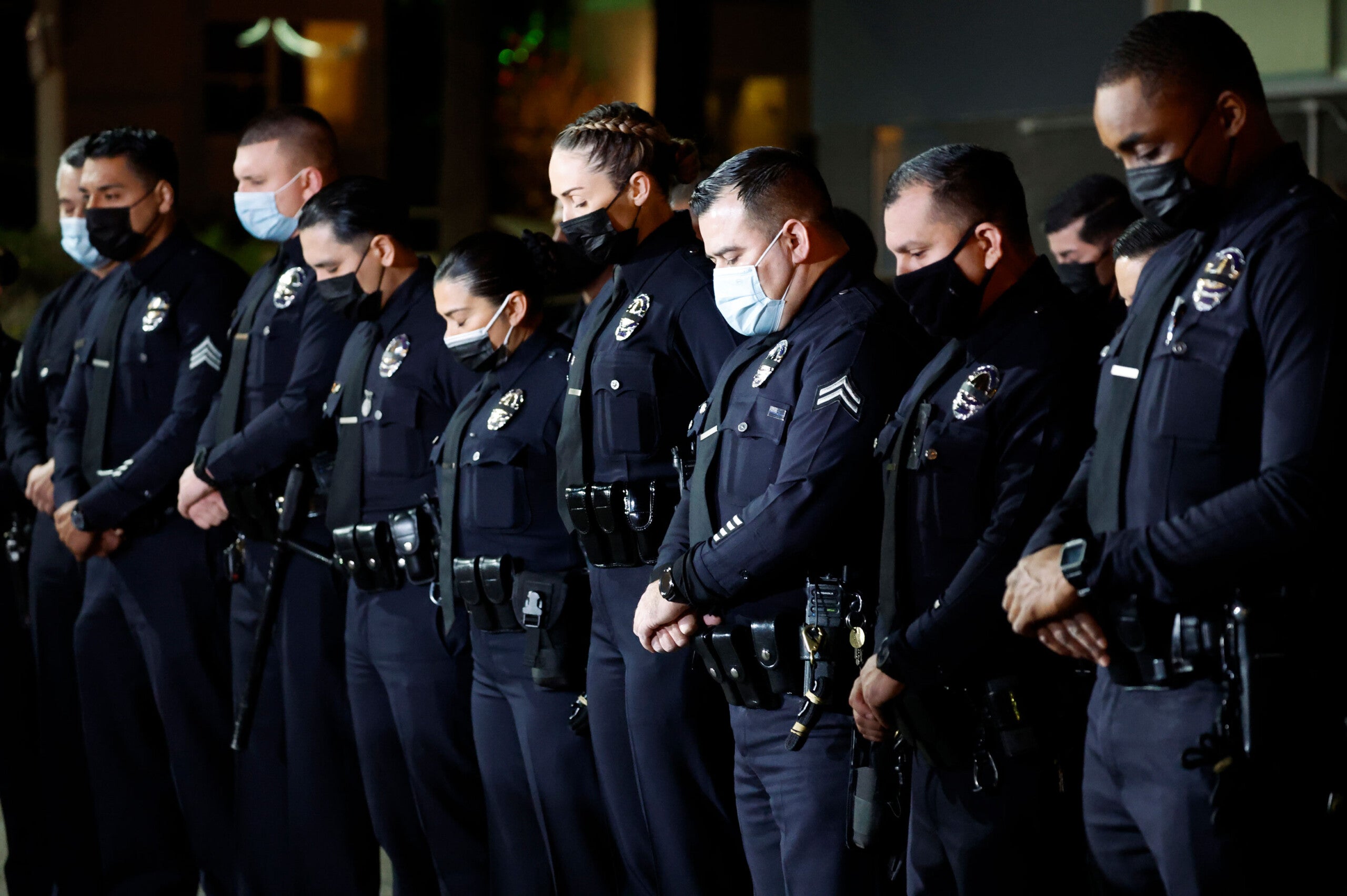 According to the complaint, Arroyos was house-hunting on Monday with his girlfriend when a black pickup truck drove up. Rios and Cisneros pointed guns at the officer and his girlfriend and removed items from both, including chains from Arroyos’ neck.

There was an exchange of gunfire between Arroyos and the two suspects, after which Arroyos collapsed and the two suspects fled, the release said. Los Angeles County sheriff’s deputies responded to the scene and took the officer to a hospital where he died.

The four defendants were in the vehicle and allegedly were at the scene of the robbery and the shooting, the complaint said. They are charged with violent crime in aid of racketeering, which carries a potential death penalty and a minimum sentence of life in federal prison without the possibility of parole.

CNN has reached out to the Los Angeles County Public Defender’s office in an attempt to contact legal representation for the defendants and is awaiting a response.

Arroyos, 27, “was starting a very promising career,” LAPD Chief Michel Moore said Tuesday. He was with the department for three years and assigned to the Wilshire Division.

“He found himself, after working a series of days in patrol, to have a day off, enjoying it with his girlfriend on a hunt for a house, a place to live, a place to buy and invest in this city and the future of this region,” Moore said.

Arroyos is survived by his mother and stepfather.

“He was the only child, he had a promising future, a bright future that was taken away, viciously, over a street robbery,” the chief said.

F-13 is a “large, multi-generational street gang that previously has been the subject of federal prosecutions, including two large racketeering cases,” the US Attorney’s office said in a news release.

The news release did not mention any connection between Arroyos and the suspects.