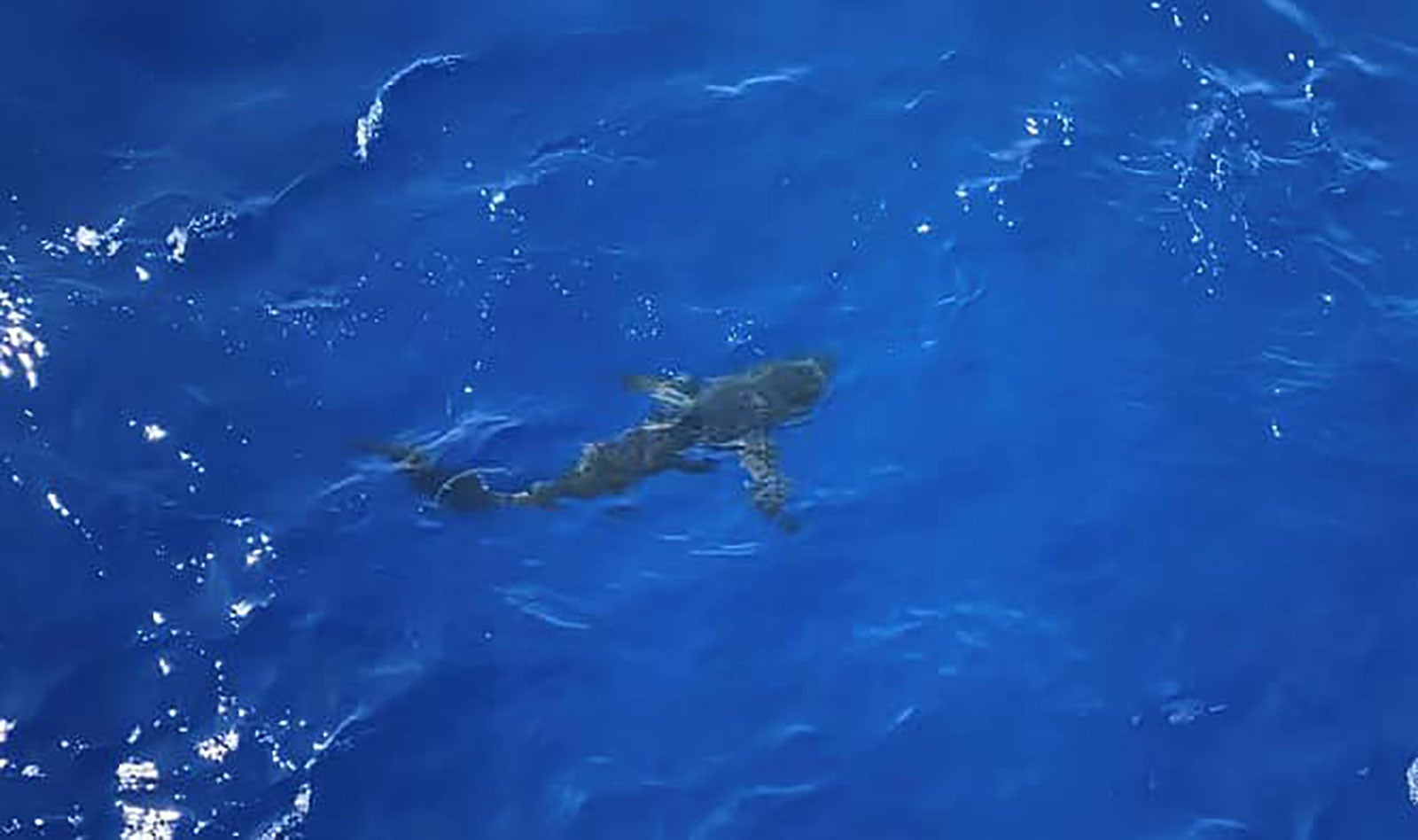 (CNN) — A handful of U.S. Coast Guard members had a close encounter with a shark during a dip in the ocean earlier this week.

More than 30 U.S. Coast Guard Cutter Kimball crew members decided to go swimming during their break on Tuesday, taking with them an inflatable unicorn into the water to enjoy what they described in a Facebook post as “perfect” weather.

But then the group spotted a shark — they estimated it was between six to eight feet long — about 30 feet away swimming directly toward them, according a post from the Coast Guard cutter, which shared a video of the incident on Facebook.

“Everyone was having a great day. Everyone was smiling and having fun. It was perfect! And then… Bridge personnel reported “Shark!” over the radio,” the cutter wrote in its social media post.

After bridge personnel reported the shark sighting, Maritime Enforcement Spc. 1st Class Samuel Cintron locked in on the shark and let off a few rounds on top of where the shark was swimming. The shark briefly turned away for a few seconds and turned back.

All the crew members in the water swam to get out of the ocean. Some made their way to a small boat that was in the water with the crew, while others went for a ladder on the Fantail. Some swam toward an open stern notch at the ship’s stern.

Cintron continued to fire bursts at the shark. Each burst briefly took the shark off its path, but it kept turning back and Cintron had to continue firing until all of his shipmates were safe, the cutter said.

After reviewing video footage, the cutter said it believes the shark was a Long-Fin Mako or Pelagic Thresher shark, “not something to mess with!”

Luckily, all crew members made it safely out of the water. “We even saved the inflatable unicorn!” the cutter said.

And, the crew added, “we don’t think the shark was injured … It later joined a few smaller buddies that showed up and they swam off together.”