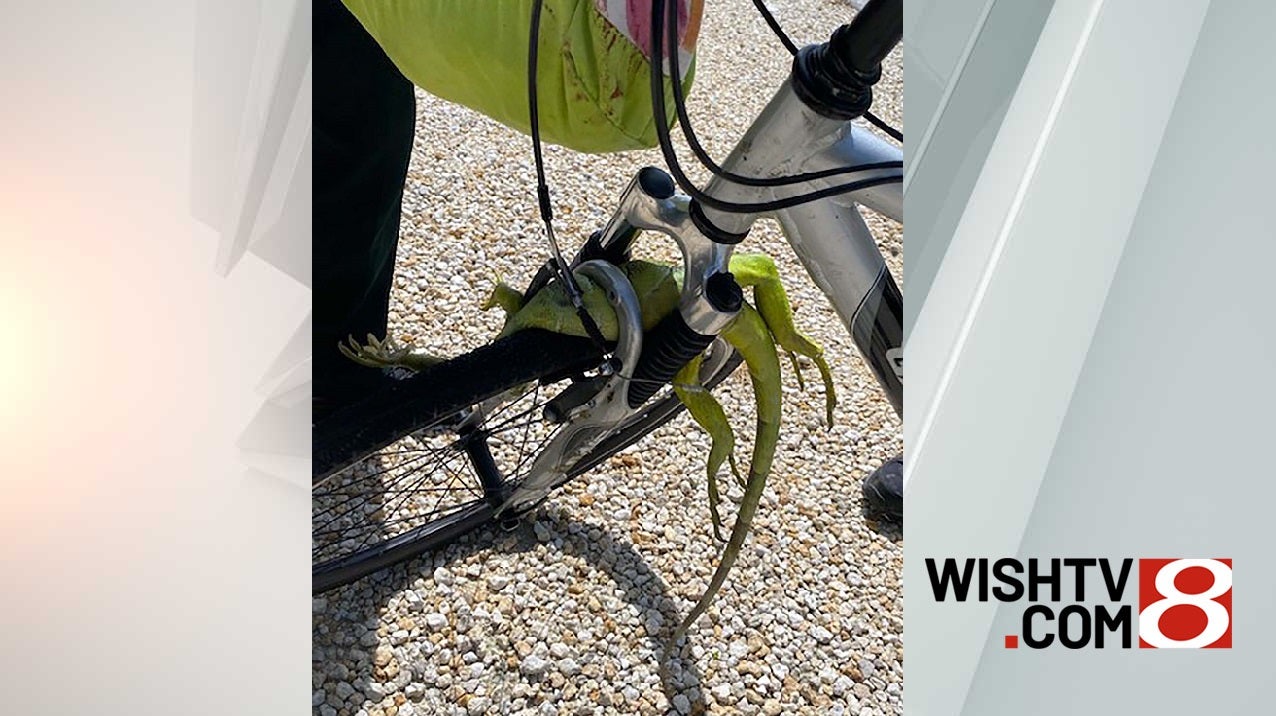 (CNN) — A Florida man was injured in a bicycle crash with an iguana.

Don’t worry — the injuries weren’t life-threatening, at least for the 62-year-old bicyclist, the Monroe County Sheriff’s Office said on Facebook.

The man was riding on a path July 10 in Marathon, in the Keys, when the iguana darted in front of him, he told officers.

Keys residents are in a “constant battle” with the lizards, said Adam Linhardt, spokesman for the sheriff. “They’re just everywhere. Cars hit them a lot on the highway.”

They can grow up to 5 feet long and have been known to fall from trees in cool weather.

This one got stuck between the front tire and the wheel fork. It caused the front tire to lock up, and the rider tumbled over the handlebars and onto the asphalt, the sheriff’s office said.

The bicyclist was taken to Fishermen’s Hospital and given stitches to his head. He also had scrapes on his arms and a leg.

“The condition of the iguana did not appear as stable,” the Monroe County Sheriff’s Office said, later confirming that it had died.