Pandemic restrictions could make for a lighter flu season 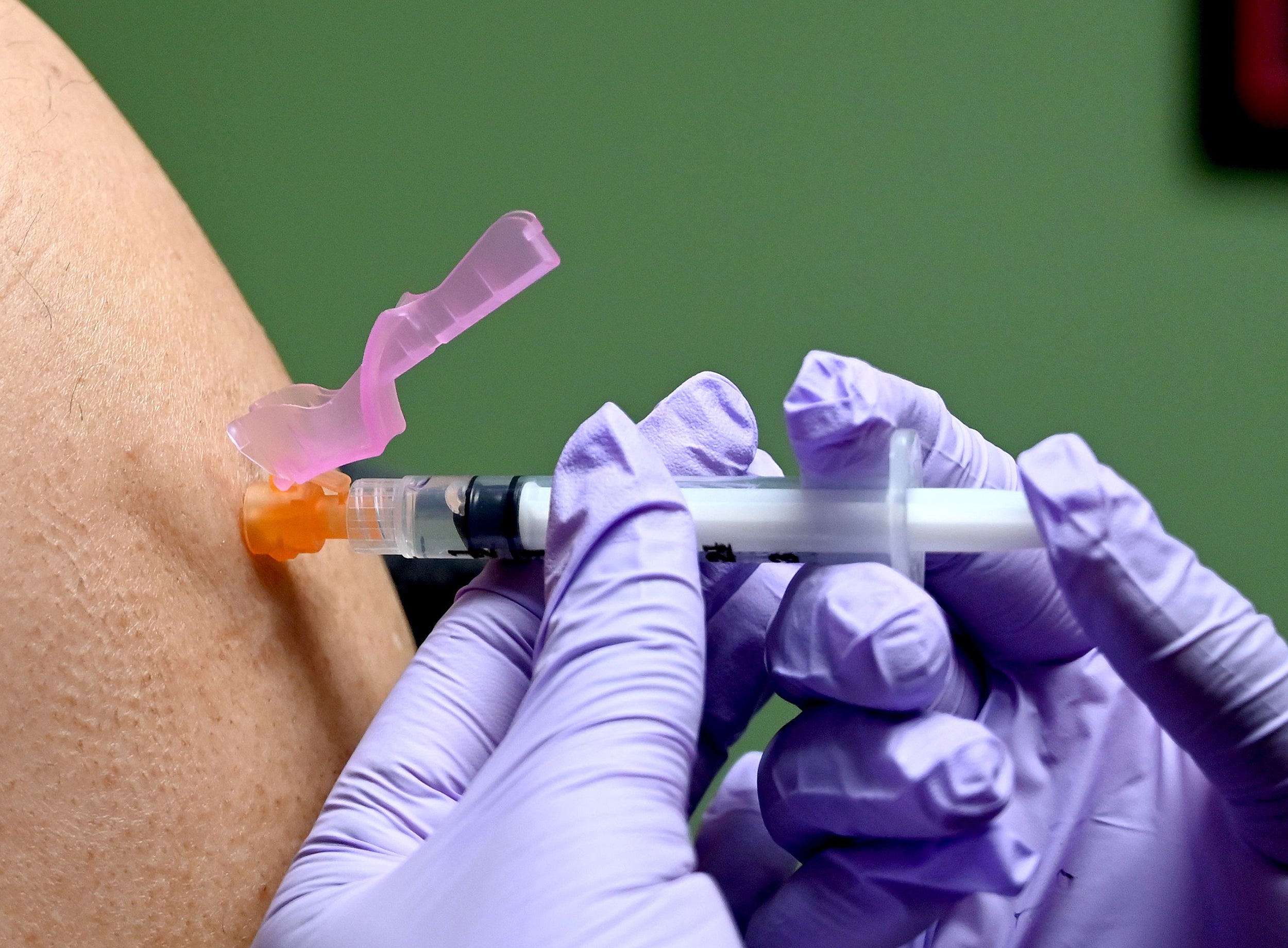 A man gets a flu shot at a health facility in Washington, DC January 31, 2020. - The weekly US influenza surveillance report from the Centers for Disease Controle (CDC) reports that flu activity remains high in week 4, ending January 25, 2020 and increased over the past two weeks. The CDC estimates that so far this season there have been at least 19 million flu illnesses in the US, 180,000 hospitalizations and 10,000 deaths from flu. Flu vaccine effectiveness estimates are not available yet this season. (Photo by EVA HAMBACH / AFP) (Photo by EVA HAMBACH/AFP via Getty Images)
by: Terry Ward, CNN
Posted: Nov 5, 2020 / 10:09 AM EST / Updated: Nov 5, 2020 / 10:09 AM EST

(CNN) — As Colorado was bidding a final farewell to any hopes of a lingering summer after a surprise snowstorm covered much of the state, Kara Williams had a realization.

The change of seasons usually ushers in predictable cold symptoms she’d grown accustomed to dealing with several times a year.

“Typically, my colds start with a scratchy throat, I know I’m getting sick when I get that. So I usually take some Zicam to ward it off,” she said. “Then it goes from my throat to my nose, and usually lasts a week, unless it gets into my lungs.”

Williams realized she had last had a cold in January, and she is sure it’s due to the pandemic precautions she has been taking — including social distancing, not going to large gatherings, wearing a mask when she’s shopping, using hand sanitizer and washing her hands constantly.

If you’re also noticing you’re not suffering from the seasonal sniffles, sneezes and coughs of pre-pandemic times, there is an explanation.

“It’s absolutely because of the precautions we are taking,” CNN Medical Analyst and emergency physician Dr. Leana S. Wen said in an earlier interview. “The same precautions that protect us against coronavirus also protect against cold, flus and respiratory pathogens.”

“It’s the fact you’re keeping your distance, wearing a mask, washing your hands more, that you’re attentive that someone might have the illness and not know it,” said Wen, who is a professor of public health at George Washington University.

“In the past, it might have been acceptable to be sneezing and cough a little and still go to work or school, and now that would not be acceptable,” she said. “That reduces the risk of transmission, too.”

Wen pointed to Australia’s milder flu season during its winter months as further indication that “the same precautions used to protect against coronavirus also reduced instances of the flu.”

Dr. Anthony Fauci, director of the National Institute of Allergy and Infectious Diseases, noted that Australia had the fewest number of flu cases “in memory” during its winter flu season, from April to September.

“They almost, as they call it, had an absent flu season,” said Fauci, speaking with Washington, DC, radio station WTOP on Sept. 17. “The theory is that all the precautions they took to contain the pandemic actually “averted a flu season.”

Both Fauci and Wen, however, said that this is not the time to get complacent.

“Right now, there’s a coronavirus storm all over the country,” Wen said. “The virus is surging in most parts of the country. We are entering an extremely concerning time for (Covid-19). This is the time for us to be hunkering down — what’s been driving the most recent surge is gatherings with family and friends.”

If you haven’t already gotten your flu shot, the time is now. The start of flu season in the Northern Hemisphere is usually November, Wen said, and it’s best to get vaccinated before November.

“If you look at the data over many years about flu vaccines, they’re not perfect,” Fauci said. “We know from the data that flu shots not only prevent infections; they prevent people who do get infected from getting serious progressive disease sometimes resulting in hospitalization.”

Fauci credited the flu shot, wearing masks, avoiding crowds, keeping physically distanced and frequent hand-washing as the actions that may have protected people in the Southern Hemisphere this winter.

“There is no coronavirus vaccine but here is a flu vaccine, and it’s important for us to do the things that we can,” Wen said. “With what’s essentially the twindemics of the flu and coronavirus, get the vaccine to protect at least against one.”

Since COVID-19, the flu and the common cold share some symptoms — including headaches, body aches and feeling generally unwell, Wen said it’s going to be “extremely difficult to sort out who has what, especially with the limited testing that we have.”

“These respiratory pathogens have a seasonal pattern,” she said. “They increase in spread when people are congregating indoors more. Viruses can linger longer when there’s less humidity in the air, and colder weather in the winter means less humidity indoors.”

Indoors with her inner circle in the cold Colorado winter is where Williams, who recently got her flu shot, plans to ride out much of the coming cold and flu season, she said.

“It’s getting colder here and I joke to my husband, ‘OK, we’re going into hibernation, this is it,'” she said. “I think we’re going to have a healthy winter.”

People should continue good public health hygiene practices that help prevent the common cold and flu post-pandemic, too, Wen said,” such as staying home when they’re feeling sick, frequently washing hands, and making sure they are up-to-date on their vaccines.”